Ulster confirm signing of Billy Burns ahead of new season 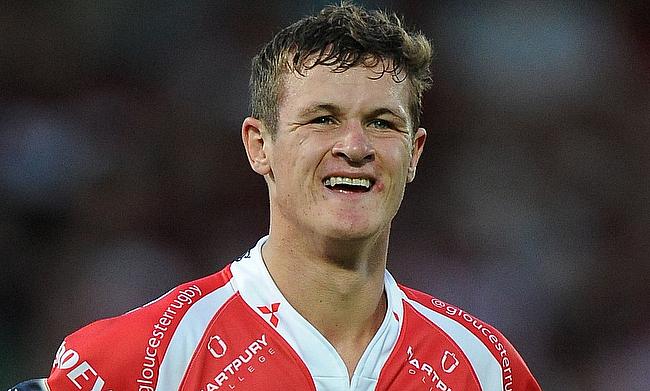 Billy Burns was with Gloucester Rugby since 2012
©PA

Ulster have confirmed the signing of fly-half Billy Burns ahead of the 2018/19 season.

Burns made his professional rugby debut with Gloucester in 2012 and has amassed over 300 points in 101 games for the Cherry and Whites.

The decision bodes well for the Irish province as they were on the lookout for a proven fly-half option since the departure of Paddy Jackson.

"This is a great opportunity for me to take the next step in my career and I'm very grateful to Gloucester for supporting me in this decision," said Burns, who has signed a two-year deal.

"The Ulster squad is brimming with established and developing talent, and it will be exciting for me to challenge myself in a different environment."

Burns, who has represented England U18 and U20 teams in the past also qualifies to play for Ireland through his grandparents.

Ulster’s Operations Director Bryn Cunningham is pleased with the move and welcomed Burns to the Irish province.

“We’re delighted that Billy has signed with us for the next two seasons. It has not been an easy process to find someone with the requisite abilities to add real value to our squad for this season, but thankfully we’ve come to an agreement with Gloucester and have been able to bring Billy across.

“Johnny McPhillips has developed brilliantly and Michael Lowry has shown that he’s a serious talent, but it was critical that we had another recognised 10 with a good level of experience, otherwise we simply would’ve been short of numbers in that area. The addition of Billy now gives us an exciting array of young talent to call upon in the coming years.

“Billy has an impressive range of skills and has gained a considerable amount of experience for an outhalf of his age. Importantly, being Irish-qualified, we have no doubt that Billy has the potential to represent Ireland in the near future.”