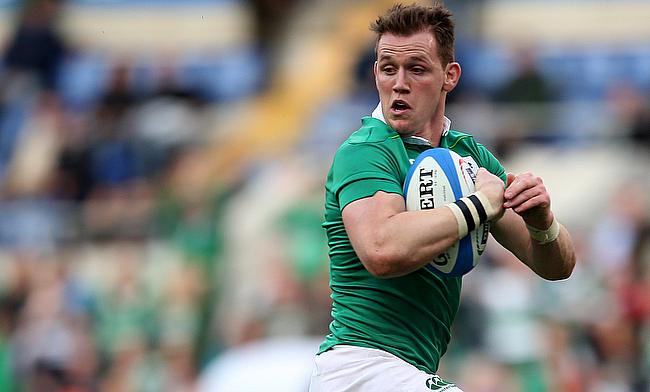 Craig Gilroy scored a double as Ulster thumped Ospreys 35-17 in the Pro 14 play-off in Belfast to book a place in the next season of European Champions Cup.

Ulster headed into the game with Rory Best and lock Iain Henderson ruled out and Rob Herring took over the reins. Charles Piutau was also a late withdrawal from the game. On the other hand, Ospreys were boosted by the return of Dan Lydiate, who recovered from a biceps injury.

Dan Biggar shot an early penalty that missed the target but the visitors went into lead shortly in the 16th minute when Alun Wyn Jones dived from close range that was improved by the fly-half. Ulster's campaign suffered another setback when wing Louis Ludick and prop Callum Black left the field due to injuries.

The first points came for Ulster in the 27th minute when John Cooney slotted a penalty goal and eight minutes later Craig Gilroy capitalised on a kick from Luke Marshall to score the home side's opening try as they headed into the break with a slender 8-7 lead.

Gilroy further extended the lead of Ulster with an early try after the break - also his second in the game - and Cooney's conversion made it 15-7. There was no looking back for Ulster as Kieran Treadwell breached the defence of Ospreys to score in the 53rd minute and Cooney, who slotted the conversion also kicked back to back penalty goals to take the scoreline to 28-12.

Jeff Hassler's 61st minute try gave the visitors hope but a response from Jacob Stockdale in the 73rd pretty much shut the door on Ospreys. Biggar crossed late on for a consolation try but Ospreys finished the game with a 35-17 defeat.

For his 15 points guiding @UlsterRugby into next season's @ChampionsCup, @JCooney09 earned himself man of the match today. John Haggan, on behalf of Guinness, presented him with the award #GUINNESSPRO14 pic.twitter.com/vBlg6FVzXc