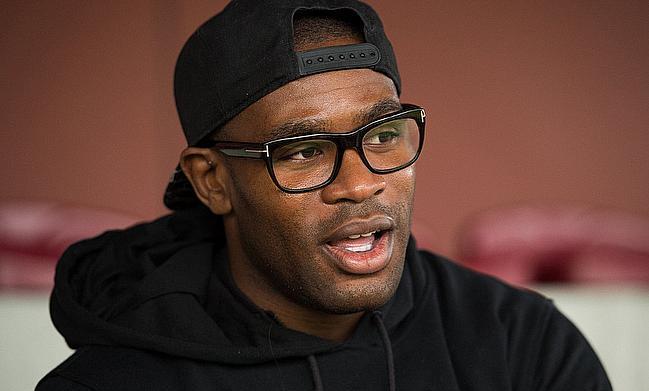 Alongside his work for BT Sport, Ugo Monye is also an ambassador for Gallagher
©PA

Ugo Monye admits it is vitally important to keep ‘shining a light’ on the grassroots game after the lower levels of the sport were rocked by the coronavirus crisis.

The leagues below the English top-flight have effectively been out of action for nearly six months, but with initiatives such as #Ready4Rugby and limited contact training now permitted, grassroots rugby is slowly returning.

Throughout this difficult period, a host of local clubs have made significant contributions to their communities and Gallagher, the title partner of the Premiership, have recognised their efforts by introducing an inaugural 'Rugby Club of the Season' award.

Monye, who is an ambassador for Gallagher, says the work which grassroots clubs do for their communities both on and off the pitch cannot be ignored.

“We are now getting protocols in place to see the return of grassroots rugby so I am really proud of Gallagher for them to adapt, highlight and shine a bright light on all the good work that is happening at grassroots level,” Monye exclusively told TRU.

“It also is just allowing people to refocus their attention on the grassroots because that is not an area which needs to be neglected. It is of huge importance to me.

“I am retired out of the game for five years and we can talk about all the current players today that are superstars and heroes, but what is the next generation looking like?

“They, inevitably, come from the grassroots. You speak to the England captain, Owen Farrell, you speak to some of the key leaders and players within the world of rugby, they all started at grassroots. It is important that we tell that story, reflect it and also, award them for the great work which they are doing to keep our game sustainable and healthy.”

Monye revealed he was enthused by the stories from each club and was particularly inspired by his conversation with a player from Haringey Rhinos Ladies: “When you distil rugby into its purest form and you look at it raw, the grassroots represents what people love about rugby.

“For me, what I really enjoyed is the focus and the impact the grassroots clubs can have in their wider community. That impact [when speaking to the clubs] actually reconnected me back to the very things I love about the game.

“I spoke to Haringey Rhinos Ladies and I asked one of the female rugby players about what rugby means to her. She just said it has changed her life. Can you get a more glowing report about what our sport can do?! When it is not just about winning and losing, promotion and relegation, but changing people’s lives, then it is pretty cool!”

The attention surrounding the women’s game at all levels was heightened last week following the #IMENOUGH movement which went viral across rugby’s Twittersphere.

It came after Canterbury, Ireland Rugby’s official kit sponsor, used female models rather than members of the national side to launch their new jersey.

The campaign, sparked by Wasps Rugby’s Flo Williams, has already had a huge impact and England international and World Player of the Year, Emily Scarratt, also spoke about the topic on BT Sport’s Premiership coverage last Saturday.

Monye, who expressed his views on the situation for BT Sport, has been impressed by the response and believes women’s rugby needs that exposure in order for stars such as Williams and Scarratt to become more prevalent role models.

"There weren't visible female players I could look up to."

"I think it's really important to have role models, and that's what we're trying to do."

2019 World Player of the Year, @EmilyScarratt, shares her story of why #IAMENOUGH is so important to rugby ??#GPTonight pic.twitter.com/H3TTWa1pRk

“When you look at the last five months, there has been certain topics and discussions which have all emanated off the back of mistakes and real negativity, but what it has done is highlight certain areas which aren’t enough or good enough,” Monye added.

“I think that is a big part of what I’ve tried to become and what people are trying to do is taking your frustrations, taking your words and turning it into something meaningful. It is so important to champion our women just as much as we champion our men.

“From an English perspective, we have got Emily Scarratt who is the best female rugby player in the world. We have that. Let’s use it. Let her inspire people.”

Monye has also been pleased with the way Premiership Rugby have discussed wider societal issues since its return including last weekend’s focus on Restart Rugby, which was dedicated to supporting players’ mental health.

Off the pitch, it seems as though the top-flight are making those positive strides and the action on the field is slowly clicking into gear, with the race for the play-off spots heating up.

After five months without rugby, Monye feels it was only natural that the resumption of the campaign, combined with the new law interpretations around the breakdown, took some time to settle but over the last seven days, we have witnessed some outstanding matches which have changed the shape of the top four picture.

Whilst the fight for a semi-final place is the main focus in the Gallagher Premiership, Exeter Chiefs, the favourites for the title, are yet to put a foot wrong since the return and Monye feels it is hard to look past the current league leaders.

He added: “They are 14 points clear at the top of the table. They are going really well and they are the one team that looked fairly unaffected by a five-month lay-off, but when you look at the rest of that top four, it is still anyone’s game. There is still a lot of jeopardy and I like that. That is what gets me excited. You need a story. You don’t want to go into any game or period with certainty!”

The Gallagher Premiership has been up and running for nearly three weeks and the reintroduction of supporters inside stadiums begins on Saturday when Monye’s former club, Harlequins, take on Bath.

The match will be the first Rugby Union game in England to include fans since lockdown and the London-based club are allowing 3,500 spectators to safely attend The Stoop.

“It is great,” Monye added. “Harlequins have opened up this ballot and it is all random picks, but I’d love to know how many Harlequins supporters have entered that ballot! You can imagine, everyone is desperate to be at The Stoop on Saturday.

“I have got used to hearing the raw conversations on the pitch, but the one thing that has been highlighted since rugby’s restart and I think we have always known it and not always appreciated it, but our sport is nothing without fans so it is great to have them back this weekend.”

Voting is now open to the public for Gallagher's Rugby Club of the Season. Click here to go to the voting page with voting closing on Sunday 13th September.