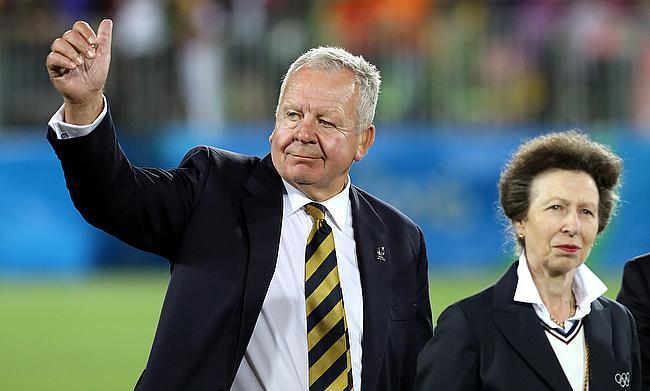 Sir Bill Beaumont spoke to ncarugby.com and Talking Rugby Union about the values of the community game
©PA

Sir Bill Beaumont says National League and community rugby is the ‘DNA’ of the sport and he also hopes everyone can pull together during the Covid-19 pandemic.

Beaumont has strong connections with National Two North club, Fylde, after beginning his rugby career with the Lancashire outfit as a 17-year-old and the chairman of World Rugby cannot underestimate the importance of the grassroots game.

Speaking on the latest episode of ‘NCA Rugby Chats,’ Beaumont said: “The community game is the DNA of the sport.

“Where do international players come from? They come from the community game.

“They start off at a mini/junior section or go and watch their Dad, or their brother, or their sister play or their Mum might be helping out at the club or even playing herself. A rugby club, to me, is a unique environment. I think it is where people want to go and enjoy themselves. You obviously want to go and play well and participate in a great team game, but rugby clubs are fun places, I always think.

All three of Beaumont’s sons, Daniel, Sam and Josh, have represented Fylde with the latter going on to play for Sale Sharks in the Gallagher Premiership.

Josh is just one of many players to learn their trade in the National Leagues before moving up the rugby ladder and Beaumont Snr insisted that the community game runs right through the sport.

He added: “They [community clubs] have an enormous part to play because they are the ones that start the kids off in mini and junior rugby. They might go to a rugby playing school, but deep down, that is their first club where they first started.

“I think it was quite interesting when Stuart Lancaster was coaching at the RFU, all the ball boys were from all the clubs where his players had started from and I thought it was a really good concept to actually engage with the community game.

“The community game, without it, we wouldn’t produce as many rugby players. That is what rugby is about. If you think for every Joe Launchbury who has played 60-odd times for England, he started off playing somewhere in the community game. I think he played National League rugby at Worthing and Kyle Sinckler did play in NCA Rugby. Mike Haley, who is now playing in Ireland, he played NCA Rugby so it has been a breeding ground for many, many good players.”

Beaumont revealed he is still a keen spectator at Fylde’s home games whenever the time allows him and he hopes to be back at Woodlands in the not too distant future.

The coronavirus crisis saw the 2019/20 National League season cut short– meaning Beaumont’s Fylde missed out on the opportunity to challenge for promotion – but the former England captain believes National League clubs and community clubs can support one another as they look to navigate through this challenging period.

“You could never have imagined anything like this ever happening where the whole world sort of closed down. I think what rugby does in a community is bring people together. It helps people. If you are struggling, then you’ll go to someone at the rugby club to help out.

“There’s always somebody there that will have the necessary skills to help you and that’s not only in the UK, but that is throughout the globe as well.

“That is the camaraderie that there is within rugby and it is one of collaborating, one of teamwork and one of people pulling together and I think we’ve seen that aspect during the pandemic.”