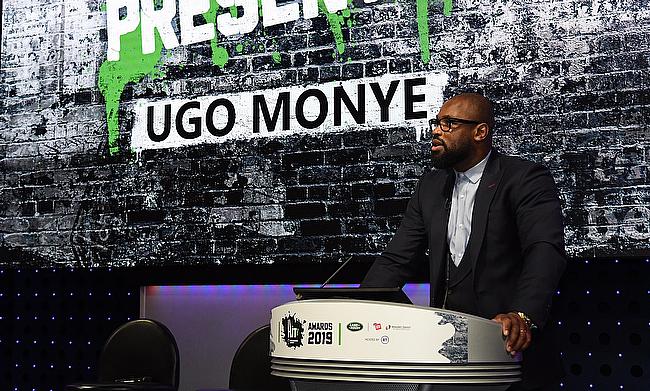 “Rugby at the minute is in a really strong place.”

It is hard to argue with this statement made by Ugo Monye. An historic World Cup in Japan has captured the imagination of so many whilst the Gallagher Premiership exploded back into life last weekend as English rugby’s top division returned in some style.

Next week, the inaugural RugbyX competition takes place at the O2 Arena as some of the stars of the game arrive in London to launch an exciting, new fast-paced format of rugby.

It is clear the sport at the top is currently thriving but for all the headlines surrounding a World Cup semi-final against New Zealand, rugby’s work within communities across England was quite rightly thrusted into the spotlight on Wednesday evening.

The HITZ awards ceremony celebrated four inspirational stories as part of Premiership Rugby’s highly regarded education and employability programme. The vision behind the programme, which works with more than 2,000 14-18 year olds every year, is to give confidence and self-reliance to young people and also provide them with key personal, life and employment skills to help them move back into education, training and work.

What a night it's been at the @HITZRugby Awards @ExeterHitz won three, but there were so many winners at the BT Centre ??

The event was hosted by Monye earlier in the week and whilst the former England international is invovled with the sport at the very top due his excellent work with ITV, BBC and BT Sport, he was keen to stress the importance of using rugby as a platform to support young people.

“I think we do focus a lot on the elite level game, but from the top down to grassroots, it is important that we have that community reach out from the guys at the very top, to the guys who are coming from difficult backgrounds,” Monye told TRU.

“I think we are very fortunate to have this sport of rugby which I certainly love. If we can expose people to not just the values, but the skills of the game that is great.

“When I talk about skills, I don’t mean catch, pass and run! I’m talking about mental strength so whether it is confidence or communication skills for example, we can give people something to focus on and give them some positivity in their lives every single week. That is how we can use rugby as a tool to benefit any young adult.”

Monye was also recently named as a new brand ambassador for Gallagher to help amplify the work the Premiership’s main sponsor is doing to strengthen grassroots rugby in the community, which includes helping increase participation in the game for people from traditionally underrepresented groups.

The ex-Harlequins man said the confidence rugby gave him when he was younger helped mould him into who he is today, something he can relate to the HITZ programme.

Monye added: “I absolutely meant it in terms of how rugby has been such a major part of my life and the influence it has had. I am not just talking about the lessons I learnt on the pitch, it is the way it has challenged me, supported me and guided me off the pitch as well.

“Seeing some of the video tapes of the winners and some of the guys who have been shortlisted and nominated this year, it is amazing.

There will no doubt be millions across England hoping to also be ‘inspired’ by the national side on Saturday as they take on New Zealand in the World Cup semi-finals and Monye, who represented his country on 16 occasions, will certainly be an avid viewer.

Eddie Jones’ side are aiming to reach the final for the first time since 2007 whilst the imperious All Blacks are gunning for a third title in a row as the top two teams in the world prepare to clash in Yokohama.

'No-one thinks we can win!

There are 120 million Japanese people out there whose second team is the All Blacks, so there's no pressure on us!'

Eddie Jones was at his best today at the @EnglandRugby press conference! ??

Jones has been up to his usual tricks again this week. In his press conference, he suggested the New Zealand media were just “fans with keyboards” whilst also stating the pressure will be chasing the world champions “down the street” because they haven’t lost a game in this tournament for over 12 years.

However, Jones’s comments shouldn’t be focused on too much according Monye and he feels the occasion speaks for itself when it comes to pressure.

“To be perfectly honest, I don’t really care where the pressure is,” Monye admitted. “It is a World Cup semi-final. Whoever wins it has got a chance of creating their own bit of history whether it is New Zealand who are looking to get to the final for the third time in a row or whether it is England looking to get there for the first time since 2007.

“There is a huge amount of pressure on both sides and every team will want to go in as the underdogs and try and alleviate the pressure and stack it on to the opposition. I won’t be paying too much attention to that, but I will be paying attention come 9 o’clock Saturday morning when all the talking stops and the action kicks off.”

Since the World Cup pool stages were drawn two-and-a-half years ago, all paths seemingly led to England and New Zealand meeting in the last four. When Jones took the job following the 2015 World Cup, he has always stated he wanted to be judged on how his team fared in Japan and the ultimate test in his four-year tenure has now arrived.

“I don’t think it has just come down to this game, it has come down to the whole tournament,” Monye said. “Eddie, from the day he took the job, said ‘judge me on the World Cup.’ We are at a World Cup semi-final which is a small achievement, but also a big achievement in many ways especially when you compare it to where we were four years ago.

“He will be judged and marked on what happens over the next 160 minutes hopefully. That could be a third/fourth place play-off or it could be a World Cup final.

“Steve Hansen said in his press conference that England have played the All Blacks just once in the last six years so it is a special match not just because it is a World Cup semi-final, but because two of the big super powers in world rugby are going head-to-head on the biggest of all stages. Rugby at the minute is in a really strong place and as a fan, I cannot wait to put my feet up for what will be a titanic match.”