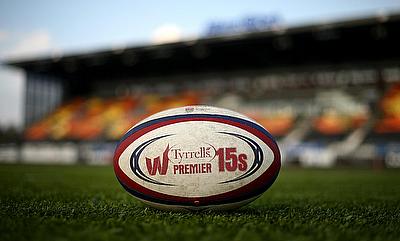 The Rugby Football Union has confirmed the launch of the final of the inaugural edition of the Tyrrells Premier 15s on Monday.

The two teams Saracens and Harlequins will face each other in the final of the tournament scheduled to be played on 29th April.

Saracens Women captain Charlotte Clapp is looking forward to the final and believes the tournament has been a huge step forward in the women's game.

"I’m looking forward to the final a lot, it’s going to be an amazing match to play in. It’s going to be a really great display of rugby from both sides but hopefully we can come away with the trophy.

"It’s a huge day for women’s rugby so it’s really exciting that people are interested about it. Both teams like to play out wide and run it around but I’m also expecting a real physical battle."

"We’re really excited. It has been the talk all year that this was our ultimate goal to get here and now it’s here we just can’t wait to get out there and play.

"We know how tight it is going to be this weekend, and it could just come down to a couple of points. It’s going to be a real tasty contest."

The tournament saw 10 teams participating with Saracens Women, Harlequins Ladies, Wasps FC Ladies and Gloucester-Hartpury Women RFC making it to the semi-finals. However, it was Saracens and Harlequins, who emerged victorious in the two-legged semi-finals as they bid for a title win in the inaugural edition.

The clubs will also be benefitted from the investment from Rugby Football Union that accounts to £2.4m over a span of three years.