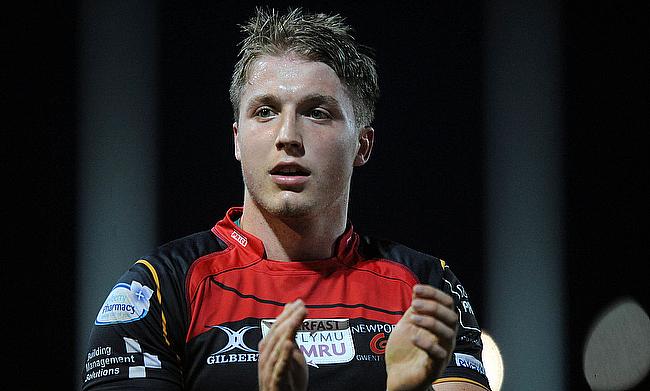 Wales international Tyler Morgan has penned a new contract with Dragons that will keep him with the Pro 14 club until at least 2020.

Morgan made his professional rugby debut for Dragons in 2013 and has been with the Welsh regional side which has gone through a tough season having managed just two wins from 21 games.

He was part of the Wales U20 side in 2014 and made his Test debut in August 2015 but managed to play just four games with his last international appearance coming in June last year.

The news will be a big boost to Dragons head coach Bernard Jackman, who has already acquired the services of Wales trio Richard Hibbard, Ross Moriarty and Aaron Jarvis for the next season.

"I want to be an integral part of the side developing and I'm desperate to make history with my home region," said Morgan.

Meanwhile, head coach Jackman is confident of a turnaround with the right process in place.

"It's been a brilliant year, because we've been able to make the changes we have needed to," he said.

"With the fans, I understand why they are worried. I feel for them, they've been incredibly loyal considering the way we have performed for however long it goes back.

"It has been a long time since we have given them success, but we are working incredibly hard to change that.

"I can only concentrate on looking after the process. Developing our talent, recruiting talent, getting our coaching environment right and coaching the team better. If we do that, it will translate onto the field."