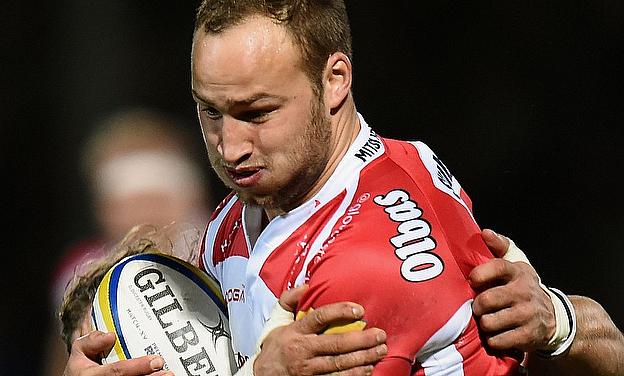 Gloucester centre Bill Meakes has received a two-week ban after being sent off in last Friday's European Challenge Cup final victory over Edinburgh.

Meakes was dismissed during the second half for a dangerous tackle on Edinburgh centre Sam Beard.

Following a disciplinary hearing on Thursday, tournament organisers confirmed the suspension for Meakes.

He cannot play again until May 18, ruling him out of Gloucester's remaining Aviva Premiership games against London Irish and Bath.

In a statement, European Professsional Club Rugby said: "The independent judicial Officer, Mark McParland (Ireland), heard evidence and submissions from Meakes, who accepted the red card decision, from the Gloucester director of rugby David Humphreys and from the EPCR disciplinary officer.

"In upholding the red card decision, the judicial officer found that Meakes had committed a dangerous, high tackle on a player without the ball.

"He determined that the offence was at the low end of World Rugby's sanctions and selected two weeks as the appropriate entry point.

"He added one week to take into account World Rugby's memorandum on high tackling, and then reduced the sanction by the maximum of one week due to the player's clean disciplinary record, early expression of remorse, guilty plea and good conduct at the hearing."

Meakes' Gloucester team-mate Ross Moriarty also received a two-week ban after he was cited following an incident in the same game.

The back-row forward was reported for striking Edinburgh's Fraser McKenzie with his knee, for which he received a yellow card.

Moriarty admitted the offence at a hearing on Thursday, EPCR said, and he is also suspended until May 18, missing the London Irish and Bath matches.