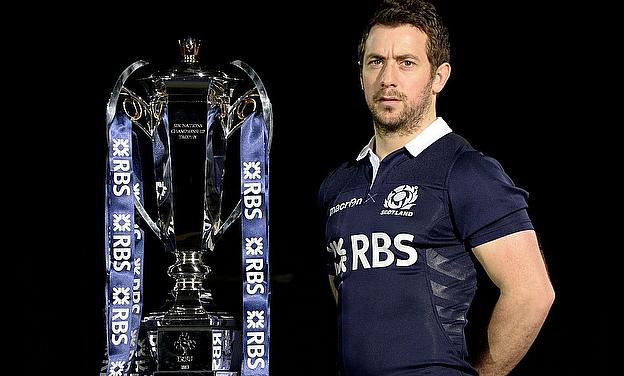 Scotland have made two changes for their RBS 6 Nations campaign opener in France on Saturday.

Centre Mark Bennett and tighthead prop Euan Murray return at the Stade de France in Paris after missing November's 37-12 defeat of Tonga in the final autumn Test in Kilmarnock.

Murray is joined in the front row by Edinburgh pair Alasdair Dickinson and Ross Ford, with brothers Richie and Jonny Gray packing down behind them in the second row.

Rob Harley, Blair Cowan and Johnnie Beattie make up the back-row, with captain Greig Laidlaw at scrum-half in a half-back pairing with Finn Russell.

Bennett is joined in the centres by fellow Glasgow Warrior Alex Dunbar, with Tim Visser and Tommy Seymour on the wings and Stuart Hogg at full-back.

Scotland last won in Paris on the way to victory in the final Five Nations Championship in 1999 and last beat Les Bleus in Edinburgh in 2006.

However, five wins in the last seven Tests has boosted Scotland's confidence.

Head coach Vern Cotter, who was Clermont Auvergne head coach for eight years, said: "Seeing the passion and desire among our players in the build up to the tournament has been special.

"The players really enjoy the atmosphere of these big occasions, and the pressure of having to perform for their country, in front of huge crowds. They're looking forward to getting out there.

"France will be tough. They will be very difficult to contain so we'll have to stay tight as a unit, work hard for each other and try to apply some pressure.

"It'll be a very tough start to the championship, but we're looking forward to that challenge."

Backs Sean Lamont, Henry Pyrgos and Matt Scott were not considered for the match having been unable to recover from calf, knee and shoulder injuries sustained in training.