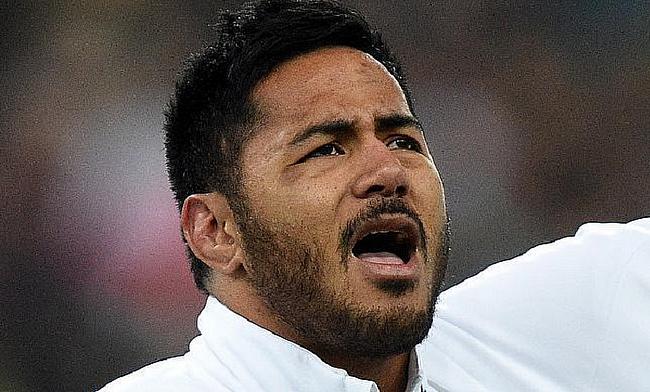 England begun their Rugby World Cup campaign with a 35-3 victory over Tonga thanks to a first-half double from Manu Tuilagi. Ben Mercer delivers his verdict as Eddie Jones' men eventually got the job done in Sapporo.

England ground their way to a win in their Rugby World Cup opener against Tonga in the Sapporo Dome. A flashy individual display from Manu Tuilagi notwithstanding, England were not impressive.

Whether Eddie Jones will really mind or not is another matter. This was the first game and England’s difficulty level ramps up nicely throughout the pool stage, culminating in the decisive ties against Argentina and France. Garnering a bonus point win against a motivated and obdurate Tongan outfit while having a lot to improve upon is probably not a bad thing.

Tonga deserve a lot of credit for their muscular defensive performance and it’s hard to remember Billy Vunipola ever having been rocked in the manner that he was in the first half, Zane Kapeli racing off the line and nailing him backwards when England were looking for him to get over the advantage line.

The man who did get England going forward was Manu Tuilagi who played with an effervescence allied with his athletic gifts that will have other teams rightly fearful of what he can do to their defences. Two tries and the man of the match award were well deserved and thanks to him, England led comfortably, if not that impressively, at the break.

England did keep Tonga almost completely at arms length throughout. There were no red jerseys sighted anywhere near the England line until the closing minutes and the odd flash of danger from the Tongan backs aside, England dominated territory.

"It's a bit like playing against Stoke City mate"

The humid atmosphere evident from the perspiration on the players’ faces made for a slippery ball and a number of handling errors that stymied England’s momentum. Maro Itoje spoiled many of Tonga’s efforts at building their play, stealing line outs and sliding his arms through mauls to disrupt their tight work.

Sweeping changes were made relatively early in the second half as Jones emptied his bench. The proximity of the next game meant that keeping people fresh was top of mind, the ability to give runouts to different options another bonus of the comfortable scoreline.

Henry Slade appeared for his first appearance in some time and while he looked to have his fluid side to side running style working nicely, he and Elliot Daly contrived to butcher a basic two on one that would have secured a bonus point, their frustration evident as they shouted at each other.

England seemed tightly wound in some respects, Owen Farrell was seen shouting after some unsympathetic officiating and Jones was caught on camera slamming things in his coaches box. England managed to ease to a win here and make it through without any obvious injuries but they are obviously keen to not just win but impress. Tournament rugby is in the end about winning and they’ll need to keep calm as the pressure on them increases game by game.

Captain @owen_faz pleased with the win, but the best is yet to come from England at #RWC2019

Jonathan Joseph and Anthony Watson began to bring themselves to bear later with some thrilling busts, Joseph rounding the tiring Talakai and putting Luke Cowan Dickie in for the bonus point try to save Slade’s blushes.

Tonga managed to break new ground into England’s red zone and strung together 12 phases, the most of the match, highlighting how disjointed an affair it had been, but they were evidently tired by this point and didn’t manage a try of their own. They’ll be pleased with their resistance and aiming to get a win over the USA and potentially put some more noses out of joint in their remaining three games.

Although it wasn’t a perfect day at the office, England did what they needed to do, taking maximum points and a clean bill of health into the next game. What Jones will be most pleased about is the ominous form of Tuilagi. If he can make this tournament his own, England will be increasingly confident in doing the same.