‘England at strongest with Farrell’ 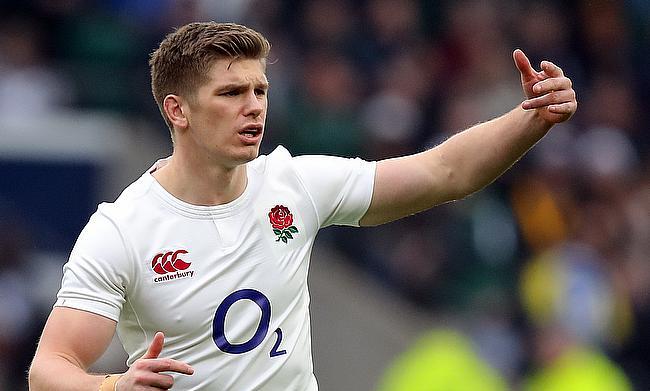 Speaking on behalf of GentingBet, Andy Goode chatted to Joe Harvey about all of the Rugby World Cup favourites ahead of the tournament kicking off on Friday in Tokyo.

Having played for England on 17 occasions, Goode didn’t feature at a World Cup, but since retirement has gone on to be a respected pundit and regularly voices his opinion on the game on the Rugby Pod.

“England’s power game looked pretty good. Billy Vunipola backed it up for four games on the spin and he is a key player for us,” began Goode. “Manu Tuilagi in the centres is getting us over the gainline as well. The interesting thing is how they balance the 10 and 12 selection now.

“Whether they play [George] Ford and [Owen] Farrell at 10 and 12, or do they move back to Farrell at 10 and Henry Slade in the centres with Manu Tuilagi. These are things that are going to evolve over the next couple of weeks leading towards the bigger games at the backend of the pool stages.”

A former fly-half himself, Goode raises a good point about the uncertainty of England’s flyhalf and inside centre pairing. At the start of Eddie Jones’ tenure, it was Ford favoured in the playmaker role, with Farrell outside of him in a 12 shirt.

It was a combination that won two Six Nations on the bounce and renewed hopes for England after a dismal World Cup on home soil. In 2018, the pairing was scrapped with Farrell lining up at flyhalf and Ford seated on the bench. Instead of a creative player at inside centre, a powerhouse was selected instead.

Tuilagi’s return to the team was met with much applause from England fans that hadn’t seen much from the Tigers centre since 2014. Whilst the Ford-Farrell axis is regularly rekindled when one of the players comes off the bench, it wasn’t seen during the Six Nations, but has had somewhat of a resurgence this summer.

Jones has played Piers Francis outside Ford in the opening two warm-up games, before Farrell wore 12 against Ireland at Twickenham. Francis even played outside of Farrell against Italy in Newcastle, but it wasn’t until Francis was replaced by Ford, with Farrell moving to centre, that England took a firm grasp on the game.

“I think, with all due respect, that Francis is there as a bit of a backup,” Goode said. “He’ll play in the first couple of games, but he is not an out and out option, so I don’t think he will be considered for your best team in knockout rugby.

“It’s just whether you move Farrell to 12 and put Ford at 10. For me, we are at our strongest with Farrell. He is our leader, our captain and you want him playing his best position and that is ten where he can influence the game more than when he is at 12.”

England go into the World Cup, as ever, strong favourites to succeed and maybe even lift the Webb Ellis Trophy at the start of November. Also hoping to open their own trophy cabinets for a new addition, is New Zealand and an inspired South Africa side.

All the talk about New Zealand is that they recently lost their first placed World Ranking to Wales and then Ireland, whilst also missing out on the Rugby Championship to the aforementioned South Africa. As a result, some believe that the All Blacks may not have what it takes to win this instalment of the World Cup, however Goode says that although they have had an identity change, Steve Hansen’s team remain favourites.

?? Introducing your All Blacks 23 to take on South Africa in the opening Pool B clash of #RWC2019.

“They’ve had a bit of an identity change with moving Beauden Barrett to fullback and going with Richie Mo’unga at 10,” Goode continued. “That’s a seismic shift in terms of where they’ve been before. They’ve had some injuries, they’ve got some players back into form, their centres selection has been quite inconsistent, so they are trying to find the right balance a little bit.”

“You look back over the past two World Cups and New Zealand didn’t perform pre-World Cup that well, but they are all about getting primed and ready to go at a World Cup and they build through it. They’ve got a massive game against South Africa first up, which will dictate which side of the draw they go on.

“There’s no chance that either of those teams aren’t making it to the quarter-finals, but they know what it takes to win a tournament. They are favourites, but only slight favourites this year, ahead of the likes of England, South Africa, Wales, Ireland and Australia. But they are still favourites. I’m sure they’ll do okay.”

Staying on home soil for at least the group stages of this year’s Rugby World Cup, Goode and his podcast partner Jim Hamilton will be doing several live shows in the UK to keep the success of the Rugby Pod going.

To finish off the interview it seemed only fair to see how Goode thinks that his nation will fare in the tournament and his response, was only positive.

“I think England are a side that can certainly win a World Cup. You need a little bit of luck, a little bit of discipline, to steer clear of as many injuries as possible and give yourself a shot, but, it is the most open World Cup ever, so exciting times.”

GentingBet are running a Rugby World Cup special ahead of New Zealand’s first game against South Africa on Saturday. To find out more visit here. 18+ begambleaware.org.