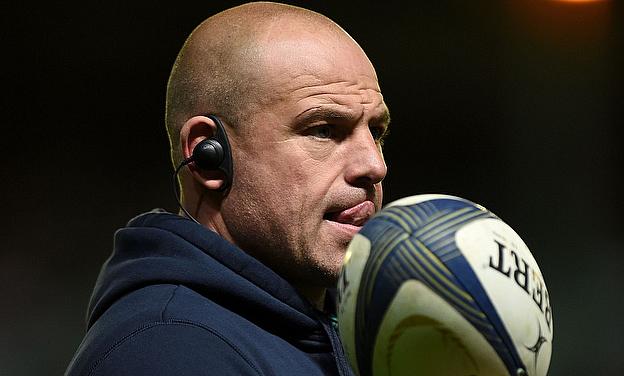 Director of rugby Richard Cockerill played down the fact Leicester have failed to score a try in over 300 minutes of Aviva Premiership rugby following a 12-6 victory at London Irish.

The Tigers' points came from two penalties and a drop goal from Freddie Burns, with replacement David Mele kicking a second-half penalty. Shane Geraghty responded with two penalties for Irish.

"You want to score tries but it's all about winning. We've got a lot of boys missing and they are a dangerous side," said Cockerill.

The loss of Burns at half-time disrupted the Tigers, with Cockerill adding: "We played some really good stuff but only going 9-3 up was a poor reward for our efforts.

"Freddie missed three kicks and we lost the ability to control field position when he went off.

"He had a knock on the head and was groggy, so he failed the protocol test and after the interval the tide turned against us but we had enough belligerence to win."

Leicester prop Marcos Ayerza was adjudged to be man of the match and he recognised the importance of the result to his side.

"We were always ahead so the pressure was on them," he said. "We came here for the four points so it's a crucial win for us as Leicester want to be in the top four every year."

Irish head coach Glenn Delaney conceded the scrum area had a vital influence on the match.

He said: "We lost the engagements and for the first 35 to 40 minutes we weren't at the races.

"The referee penalised Tom Court at two early scrums and from then on we were the side under scrutiny. We rectified it in the second half by introducing Leo Halavatau."

The last 15 minutes saw Irish have their best period of the game and they could have caused an upset with more precision and control.

Delaney added: "For the past two weeks, we have been the team threatening the try-line but we have to do better in the final third. We need to be more clinical and pull the trigger.

"They came away with the win without putting any pressure on our line whereas we came close twice and could have nicked it."