Leicester hold on to Williams 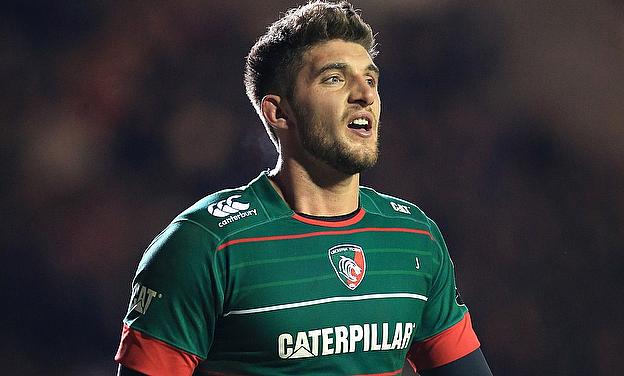 Owen Williams has rejected a return to Wales with the Scarlets to sign a new contract with Leicester Tigers.

The 22-year-old fly-half has completed new terms at Welford Road, understood to be a two-year deal, opting against a return to his former Welsh region.

The uncapped former Scarlets playmaker's decision to continue to ply his trade outside of Wales could damage his chances of selection for this year's Rugby World Cup.

"Owen has done an excellent job for us since he came here 18 months ago and I'm delighted that he wants to stay in the longer term and has now agreed a new contract," said Cockerill.

"He has settled very well here and has gained experience of some massive occasions with Tigers both in Aviva Premiership and in Europe during the last two seasons.

"Owen has shown a great attitude to his work, and he is learning and developing his game all the time in a very tough environment, which says a lot about him.

"We have two very good, young and ambitious fly-halves in Owen and Freddie Burns, which can only be good for them as players and also for the team as a whole."

Wales coach Warren Gatland prefers his top stars to be based among the country's four regions, and would have hoped to see Williams return on a dual contract.

The Scarlets were keen to bring Williams back to Wales given Rhys Priestland's expected move to Bath for next season.

Williams joined Leicester from the Scarlets in the summer of 2013 and has already passed 300 points for the East Midlands Aviva Premiership club.

Williams has been frequently tipped for a Test call thanks to his sparkling Welford Road form, but so far Wales boss Gatland has not drawn him into his national squad.

A return to the Welsh regional system would have proved a clear boost to Williams' chances of claiming his first Test call this year.