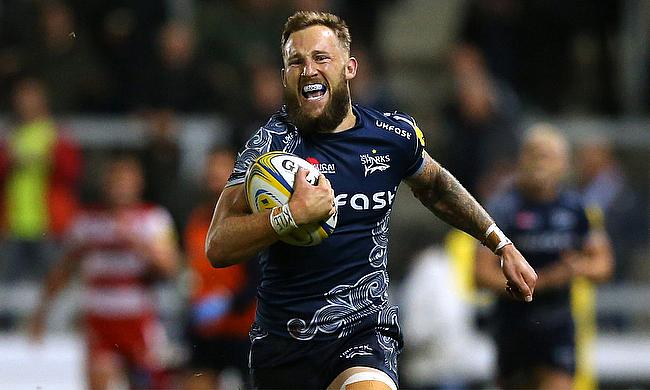 Talking Rugby Union’s Joe Harvey takes a look at this week’s Aviva Premiership fixtures as the climax of the campaign draws nearer.

Last week was definitely a contrast for these two clubs. Falcons lost a decisive match against Worcester at Sixways which would have kept Leicester and Sale at bay. As for Sale, they beat Wasps through a Marland Yarde try in the last play of the game.

Dean Richards is clearly unhappy with his side’s 27-13 loss to Worcester last Saturday, making eight changes to his starting lineup for Sale’s visit to Kingston Park.

Josh Matavesi is replaced by the outgoing Juan Pablo Socino at inside centre while Michael Young comes in for Sam Stuart at scrum-half.  Sean Robinson sees himself replaced by Will Witty and elsewhere, Scott Lawson is in for crowd favourite Kyle Wilson, Will Welch moves to blindside flanker and Gary Graham returns to the starting lineup along with Ally Hogg.

Nili Latu drops out of the squad as Evan Olmstead drops to the bench. Toby Flood is also out of the match day squad as Joel Hodgson lines up at fly-half.

On the bench, Santiago Socino is the replacement hooker, Ryan Burrows takes the number 20 shirt, Sonatane Takulua comes back from injury while Maxime Mermoz is back in the first team following his good A-League performances and Alex Tait comes in to cover the back three.

This game favours Falcons as they have home advantage. After a rough ride last match, they will hope to assert their dominance once more on home territory while Sale will want to try and secure their place in the Champions Cup spots by securing a victory in the north-east on Friday night.

The most common thing that allies these teams is their inconsistency. Gloucester were once pushing for first place while Quins, who beat Bath convincingly at the start of March, have recently lost to Sarries before a resounding defeat to bottom of the pack Irish.

Harlequins have laid some of the blame at current Director of Rugby John Kingston’s door. It was announced this week that Kingston would be ending his 17 year association with the club after reaching a mutual understanding with the board despite having signed a three year contract extension in the last few months.

Gloucester will still have the memories of their heavy defeat to Exeter last time out. With score at 23-3 at half time, the Gloucester players were already down and out. They played marginally better in the second half, but were no match for the Chiefs.

Both sides have something to prove this week. Quins will hope to recover some form as their two fixtures after this weekend are against Worcester and Exeter. Gloucester will want to put pressure onto Sale, Falcons and Leicester as the race for fourth continues.

Leicester have everything to play for in this fixture. They can keep ahead of the chasing pack in what is becoming one of the most exciting races for the top four in Premiership history.

Joint with Wasps on points, two points ahead of Falcons and three ahead of Sale, Leicester’s position in the top four is precarious to say the least. They will hope that a bonus point victory against struggling Northampton will see them pull away from the chasing pack.

Northampton must be hurting following their demolition to the hands of tormentors Saracens. Having shipped over 200 points now to the double European champions, Northampton will want to bounce back against arch rivals Leicester.

In what is always a titanic affair at Welford Road, there are two things that could happen. Leicester could nearly guarantee their place in the play-offs by pulling away from Wasps or Saints could get the highlight of their season.

Now having lost two on the trot, Wasps could be out of contention for the top four with a loss this Saturday. Worcester will want to build on their victory from last weekend when they put Falcons to the sword.

Wasps may be without Danny Cipriani as his final season at Wasps comes to a close. The out-of-contract fly-half was knocked unconscious in his side’s loss to Sale last week. Ravaged by injury this season, Wasps will want to put their troubles behind them and show the Ricoh faithful what they can do.

Worcester will be buoyed by the announcement that international fly-half Duncan Weir will join them from Edinburgh this summer. This comes in the same week that they announced massive £8.1m losses.

Wasps will want to dispel the rumours that they haven’t got what it takes to get in the top four by beating their lower-placed opposition while Worcester will want to build on last week’ victory by potentially moving up to tenth in the league table.

Irish have proved that they have what it takes to stay up in the Premiership with their result last weekend. Comfortably beating Harlequins at the Stoop was easily the result of the round.

Exeter comfortably beat Gloucester with returning winger Jack Nowell scoring on his return from injury. Boasting the likes Joe Simmonds - March’s Player of the Month - as well as Sam Simmonds, Exeter will be looking at this fixture as a way to secure a home play-off.

Arno Botha may return to the Exiles lineup having struggled with a calf injury recently. Unfortunately, it may just be the case that London Irish may just want to lose respectively. They may have done the double over Quins, but they did lose the corresponding fixture resoundingly at Sandy Park earlier in the season.

Exeter can’t complain about anything at the minute. Anglo-Welsh winners, top of the table by eight points and with bags of class and talent across the squad what’s not to be happy about?

Exeter are easily the favourites for this game. However, if the Exiles bring the same intensity, and then some, then we could be in for a surprise.

The final game of the weekend sees the modern club take on a more classic club. Saracens will host Bath at Allianz Park with Bath looking to bounce back from their defeat to Leicester at The Clash.

Meanwhile, Saracens will be hoping to keep pace with Exeter so that they secure a home quarter final. Their victories against Harlequins and Saracens suggest that Sarries may be peeking at the business end of the season.

Bath have had a sub-par season by their high standards. In 2015 the club were in the Premiership final. This year they are nowhere near. Todd Blackadder has seen the likes of Ben Tapuai deciding that he doesn’t have a future at the club and along with Nick Auterac , have decided to move to Harlequins.

The points will be far more beneficial for the competition if Saracens get the win.