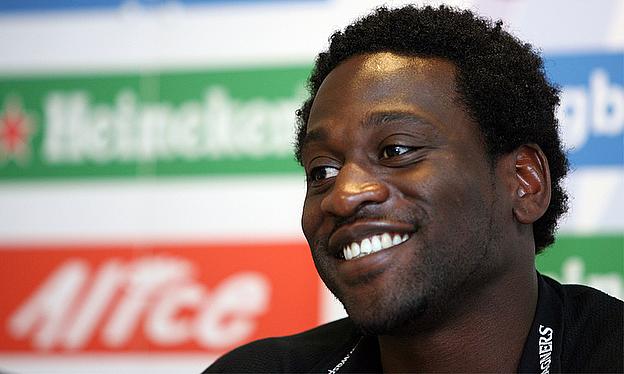 Ex-England international Paul Sackey gives us his thoughts on England this Six Nations, as well as the emerging talent rising to the top in his old position on the wing.

Former England winger Paul Sackey is optimistic that if England can sort out their centre and fly-half conundrum then they could go onto win the six nations, starting this Friday when it all kicks-off at the Millennium Stadium.

Sackey, 34, represented the red and whites 22 times scoring 11 tries between 2006 and 2009, and is convinced that conquering the six nations ahead of the World Cup later this year would not be out of reach for Stuart Lancaster if they can address the midfield.

‘If we can organize and sort out the problems we had in the centre’s and at ten I do not think we will have a problem, and we'll win the six nations comfortably.’ Sackey told Talking Rugby Union. ‘And even if it takes a long time I don’t believe we would struggle at all.

‘At the minute nobody knows who will play (said on Tuesday), but I think he may go with Luther Burell and Jonathan Joseph in the centres and George Ford at ten.

‘If that combination does come up it could be quite good, obviously Ford and Joseph play together at Bath while Burrell for me has been outstanding when he has played so if that is the combination I think it could be really good.’

The two times Heineken cup winger is also hoping that England’s backs and wingers will be able to also get their combination just right, but did admit he would personally go with Saracens winger Chris Ashton.

‘Ashton for me has been playing really well and back on form so I think he should be there and there abouts’ Sackey told TRU. ‘So out of (Anthony) Watson and Ashton I think they will go for the younger version and go with Watson but I do think Ashton has came back to near enough his best.

“So I think (Mike) Brown will play, and then I think it will be Watson and (Johnny) May", which turned out to be Lancaster's back three.

“May for me was the best back in the autumn internationals, I watched him very close because the back three was my position and I thought he was outstanding.’

But Sackey did acknowledge the Welsh proficient back line of George North, Leigh Halfpenny, and that they may have an advantage on England’s backs currently.

'It will be difficult because they have the experience over England apart from Brown.

‘That is why they have gone with the same back three as to get that combination and understanding with the them is key in those positions,

‘When North gets the ball he is powerful and he is unstoppable, but all three of them are dangerous and can score tries from anywhere,

Looking even further ahead Sackey, who is now an ambassador at his boyhood club Wasps, warned that winning the six nations would just be the beginning of a lot of hard work building up to the World Cup later this year.

‘I think winning the Six Nations is important for the confidence the team and the management going forward with the World Cup obviously being at home.’ Said Sackey. ‘But as well as that it could also be a little bit detrimental in the fact they may start to get above their stations.

'A lot of it is momentum heading into a World Cup, you do not want to peak too early, so if we just play well and carry that momentum through I think we could do really well.

‘Our pack is outstanding at the moment, so Its just about getting those backs ready For New Zealand as there backs are outstanding.’

‘But over in new Zealand last year all three games were very close and we were away, so for me like I said if we can get those combinations right in the backs we will likely do really well,