Wilson out Cole in 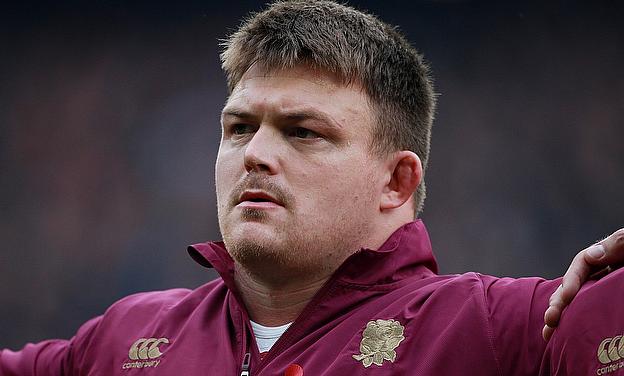 David Wilson will not feature against Wales
©PA

England prop David Wilson has been ruled out of Friday's RBS 6 Nations opener against Wales, but Dan Cole is available after recovering from his foot injury.

Wilson will miss the Millennium Stadium showdown after conceding defeat in his battle with a neck problem - it is hoped he will be fit to face Italy a week later - and is set to be replaced at tighthead by Cole.

Cole has been out since December 27 after spraining a foot in Leicester's 32-30 victory at Sale, but Rowntree insists he will be ready to face Wales in what will be his first England appearance since February.

"We're hoping David will be in the mix for next week, but he's not right at the moment unfortunately," Rowntree said.

"Dan is available and has progressed well. He trained with us all last week. We increased his rehabilitation and he's trained fully for the last four days.

"Dan is a class, proven operator. He's not been out for six months and has not been sat twiddling his thumbs for the last six weeks. We've trained pretty fast and he's slotted in nicely."

England have lost six players to injury in the last week, undermining preparations for their quest to avenge their 30-3 mauling in Cardiff two years ago.

The second row has been hardest hit with Courtney Lawes, Joe Launchbury and Geoff Parling ruled out, so Dave Attwood and George Kruis will start at the Millennium Stadium with the team due to be announced on Wednesday morning.

Kruis has not played since early January after serving a three-week ban for a dangerous tackle, but Rowntree is unconcerned over his lack of recent game time.

"It's not as if George has been out for three months. These guys do plenty of fitness and there are other ways to keep fit, so I've got no qualms about his match fitness," Rowntree said.

"From what we've seen in training I'm very happy with where Dan and George are. We won't be the first team to have taken the field with guys who haven't played a lot of rugby."

Wales sprang a surprise by naming their team two days early, but Rowntree refuses to view the move as an attempt by their head coach Warren Gatland to gain a psychological edge.

"Mind games? No. They can name their team whenever they want. It doesn't really affect what we do. We'll name our team on Wednesday, what difference does it make?" he said.