Treharne Confident ahead of Wales Debut 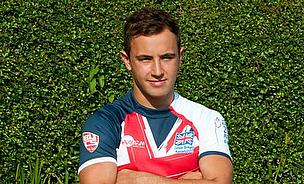 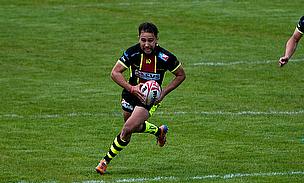 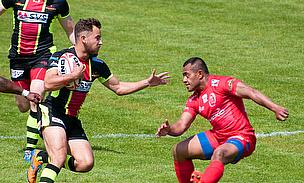 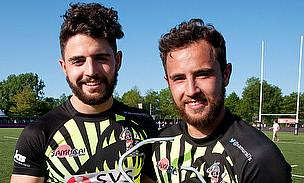 News in the Sevens world over the past week has been dominated by the announcements of squads ahead of the Glasgow Commonwealth games later this month.  Particular attention has been paid to the surprise inclusion of Luke Treharne in the Wales squad.

For those who have followed Treharne’s development over the past few years however, this selection is not a case of surprise that he has been selected, but rather one of why it has taken this long.

Over the past three years Luke Treharne has played for GB Student’s 7s, Wales Students, Exeter Chiefs 7s, been a regular for The University of Exeter 1st XV and has been playing for Samurai International 7s since the tender age of 17.

Talking Rugby Union highlight Luke Treharne as one to watch at this month’s Commonwealth Games, and TRU’s Mike Stanton caught up with him following his selection.

“Initially I was pretty surprised too,” Luke began. “A couple of months ago I would never of thought I would be going to the Commonwealth Games.

“But the last few weeks being back in training and going to Lyon in the FIRA tournament I thought I played quite well and put my hand up for selection.

“It’s going to be a pretty big step up, obviously with the GB stuff you’re playing against students whereas now it’s against professionals.

“I think it’s going to be a lot more intense, a lot quicker, skills are going to have to be better. But it’s a challenge I think I’m quite well prepared for, especially playing with Samurai you play with lots of international players and against a lot of international sides so it is a big step up but one I feel I’m ready for”.

Wales face a tricky Pool in Glasgow, drawn against Papa New Guinea, Malaysia and Samoa - a challenge Treharne is not taking lightly.

“I think with the team we’ve got we can play some really good rugby. We need to be careful of the trap that a lot of the teams may fall into, however, playing against the non-traditional rugby nations you may think they will be easy games.

“But having played the GB Sevens we played the likes of Malaysia before, and they are good rugby sides, fit and quick.

“I think they will all be hard games, especially with one of the toughest games against Samoa who have such a high pedigree of sevens.

“Every team needs to have a bit confidence and belief but we won’t be under estimating the competition”.

This confidence is clear to see, with Luke admitting Wales have high hopes for the tournament.

“Very early on the challenge was set to medal at the Commonwealth Games”, Luke admitted. “It will be tough to do, there are some really high calibre teams there but that’s our over-riding goal”.

Luke’s inclusion in the squad means a chance for the young medical student to claim his first senior Wales cap, something he has been aiming for for some time.

“Its massive for me”, he stated. “To be picked to play for the full international sevens is something I’ve been wanting to do for the past couple of years so I was over the moon.

“It’s so special to be going to the Commonwealth Games. It’s such a big event, only happens every four years so not too many people get to play in it so it’s pretty amazing to be picked”.

Luke’s selection tops off an already very successful sevens season, being part of the Samurai squad that won the GB Sevens Series, represented Wales in the FIRA Sevens event in Lyon and won the Amsterdam Sevens final playing alongside his younger brother.

“The Amsterdam Final was a real highlight”, Luke began. We had a really good team with guys from seven or eight different countries. We also had Carlin Isles the American speedster playing for us which was pretty sweet.

“We won in the last play of the game, I think the buzzer had already gone, so to win like that was special and Amsterdam is such a big tournament with so much history, so to win that was very special, especially with my little brother playing as well”.

Despite his sevens commitments Luke still finds time to study medicine full time at The University of Exeter, for which he is very thankful to those around him.

“I’ve got a really good support network around me with my family, the Med school and all the people who run the rugby.

“They are all understanding from the academic and the rugby side. As long as I stay organised and on top of it it’s relatively easy to manage”.

Wales face Malaysia first in Glasgow in the morning session of Saturday 26 July at the Ibrox Stadium with their final pool game against Samoa in the evening session. They will be hoping to put in three good performances ahead of the finals day on the Sunday if they are to achieve their goal of medalling.