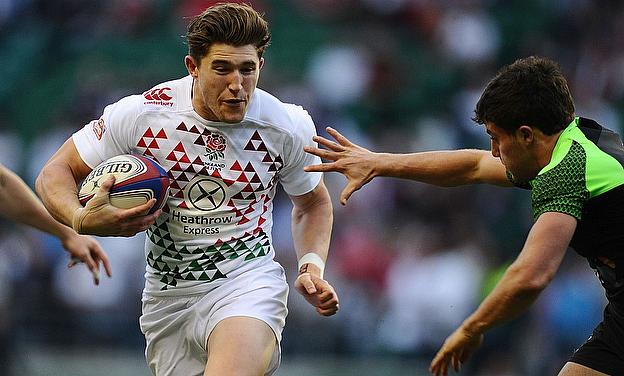 Phil Burgess scored a hat-trick in the final
©PA

Simon Amor's side defeated pool opponents and round one champions France 28-7 in the quarter-finals and Georgia 33-5 in the semi-finals to set up a showdown with Portugal.

A Phil Burgess hat-trick and tries from Mike Ellery, Charlie Hayter, Tom Mitchell and James Rodwell saw England crown a successful weekend with silverware as they look ahead to the Commonwealth Games in Glasgow in July.

Amor said: "In parts it showed that this squad hasn't played together for some weeks. It took a while to get into our stride but some of our play was very positive. We got a lot of things right in the final in terms of our attack but there is still a lot to work on.

"I was particularly pleased with Mike Ellery and John Brake, who due to injury haven't played much rugby for a long time, and also with the contributions of Mark Bright and Charlie Hayter.

"The competition has allowed us to give players game time, try different combinations ahead of the Commonwealth Games and provided the guys with a chance to fight for those places."