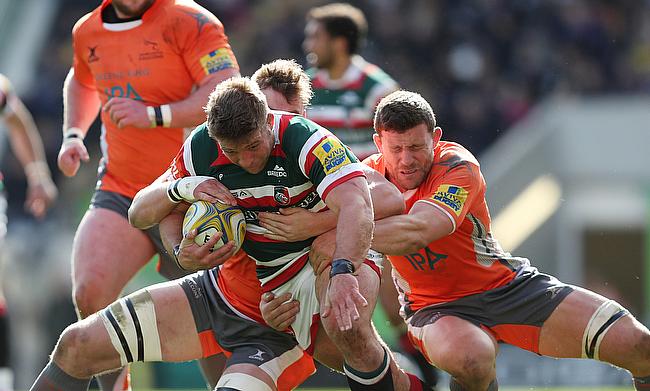 Tom Youngs is using rugby as an
©PA

Youngs' wife has been diagnosed with a terminal cancer following which his brother Ben pulled out of the British and Irish Lions tour of New Zealand to support the family during a difficult phase.

Earlier, Youngs took over the captaincy from Ed Slater after he recovered from a back injury that kept him out of action for three months during the 2015/16 season.

"He wants to make sure that he keeps fulfilling those obligations because it has been so positive for him.

"He has used it as an escape in certain regards over the course of Tiff's illness. He understands that he needs to continue that.

"The captaincy is another part of that but we have been very flexible around it. It's entirely on his terms. He's tried to be in when he can but not to the point where he is compromised anywhere else, but he will be playing on Saturday.

"Given the rock he has been over the season with the coaching situation, he has been a phenomenal strength for the playing group and he wants to continue that through."

The 48-year-old also backed Ben's decision to pull out from the Lions tour.

"He had the full support of the club, and everyone who is significant to him reinforced that decision, so it was a pretty easy one for him.

"His commitment to the club and to his brother and his family are probably a lot more significant than the Lions, to be honest."