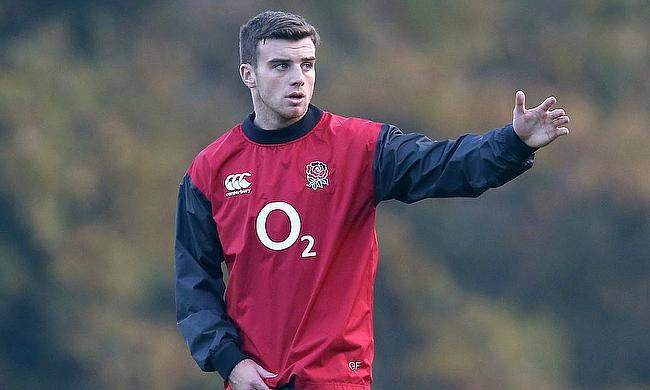 The 23-year-old will join the Tigers in time for the start of next season, the club announced on Twitter.

Ford, who has won 32 caps and been a mainstay of Eddie Jones' all-conquering England team, played for Leicester before moving to Bath in 2013.

The Tigers also confirmed that fly-half Freddie Burns will move in the opposite direction and link up with Bath next term.

Ford, whose return had been widely trailed, made his Leicester first-team debut as a 16-year-old and featured more than 40 times before moving to Bath.

He helped Bath reach the 2014 European Challenge Cup final and Premiership final a year later, while he is also now firmly established as a key England player and proved an integral part of their 16-Test unbeaten run under Jones.

Leicester head coach Aaron Mauger said: "We are absolutely delighted to be able to confirm the signing of George Ford, a player we obviously know well from his time here in the academy and as a young man making the breakthrough into senior rugby.

"He has become one of the leading players in his position in Europe, and is still a young man with a lot of rugby ahead of him.

"We look forward to his return to Welford Road in the summer.

"While delighted to be able to bring in George, we are disappointed to lose Freddie, who has been an outstanding player for us in the last three years.

"Freddie has bought totally into the Tigers ethos in his time here, and he is a popular member of the squad with the players and supporters.

"Freddie has made a significant contribution on and off the field here, and we look forward to him continuing to play a prominent role with us in the remainder of the season, while wishing him well when he moves to Bath in the summer."

Ford told Bath's official club website that he feels his decision is the right one at this stage of his career.

"This hasn't been an easy decision for me to make, but I feel it is the best one for me at this time," Ford said.

"I have really enjoyed my time at Bath and have worked with some incredible players and coaches. I know I have developed hugely as a player because of that."

Bath managing director Tarquin McDonald added: "We are, of course, sorry to lose George and wish him well, but we have been in discussions about his future for some time and are glad we have now been able to conclude this matter positively.

"The agreement with Leicester suits all sides, with Bath securing not just appropriate compensation, but most importantly an excellent new player."

And Bath rugby director Todd Blackadder added: "We are naturally disappointed that George has decided to leave.

"He is a great player and I have enjoyed working with him, and know that he will give us his all until the end of the season. We have a great season ahead of us this year, and in 2017/18 and beyond."