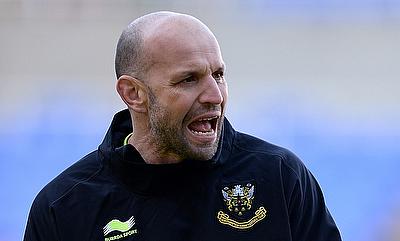 Stormers scrum-half Nic Groom has signed a contract with Northampton Saints and is set to join the English Premiership side at the end of the 2016 Super Rugby season.

Having played most of his games at the Newlands, Groom was a part of the Super Rugby campaign for the Stormers since 2011.

However, it was his form in last year that earned him a place in the all-star Barbarians squad that faced Samoa prior to the Rugby World Cup.

A double-Currie Cup winner, Groom, recently made his 50th appearance for Stormers in Super Rugby during the encounter against Reds at Newlands last month.

Northampton Saints director of rugby Jim Mallinder was excited to have Groom in the squad and believes his experience with the Stormers will prove handy for the English club.

"Nic is a talented player and we believe he will be a great addition to our squad next season," Mallinder said.

"He has shown over the last few years that he has the ability to manage a game and to captain and lead a team.

"He has a lot of experience in Super Rugby, coming up against some of the world's best players every week, and this will be invaluable as he competes for the scrum-half position with Lee Dickson and Tom Kessell."

Expressing his delight to be part of the Saints, Groom is hopeful of contributing to the club’s success.

Admitting it was tough to leave the South African club, the 26-year-old expressed his gratitude towards the coaches, players and the fans, who played a significant role in shaping his career.

"Leaving Cape Town and the Stormers is going to be tough and a big change, but I'm looking forward to embracing new experiences both on and off the field.

“I have many happy memories playing in Cape Town; it's where it all started for me.

“I've been here my whole career and I'm so thankful for everyone who has played a role in my journey so far.

“The coaches, players as well as the passionate fans will always have a special place in my heart."

Apart from his appearances for Stormers, Groom has also been part of the Western Province squad where he has made 59 appearances.