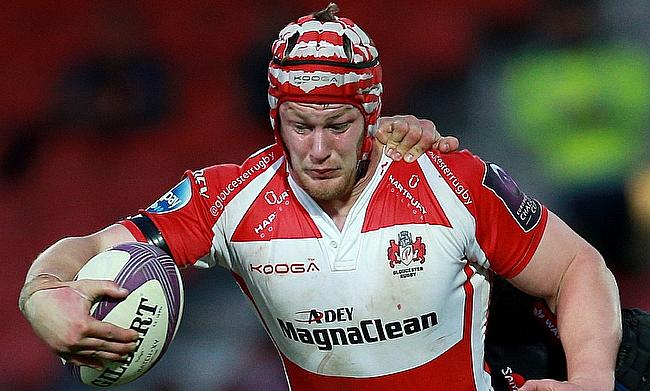 Tom Savage has been with Gloucester since 2011
©PA

Gloucester Rugby have confirmed that back-row Tom Savage will depart from the Gallagher Premiership club at the end of the ongoing season.

Savage made his professional rugby debut with the Cherry and Whites in 2011 and has become an integral part of the squad since then making over 200 appearances. He was named the captain of the club by Director of Rugby Nigel Davies for the 2013/14 season.

The 29-year-old will now move to Japan at the end of the ongoing season where he will join Suntory Sungoliath.

“I’m very excited to be joining Suntory Goliath after eight enjoyable years at Gloucester Rugby. Having met and spoken with them I hope I can add something to what is already a successful and professional environment," said Savage to the official website of the club.

“The set up at Suntory is extremely highly regarded by everyone I have spoken to that know the Club, and my wife Lauren and I are really looking forward to immersing ourselves fully in a new culture and this exciting step in my career and our lives.

“I’d like to take the opportunity to thank all the Gloucester Rugby players, staff and supporters who have made my time at the club so incredible. To have played as many times as I have, and to have had the honour to captain the team during my time over the last eight seasons has been a real privilege.

“My decision to leave was the toughest I’ve had to make to date, but I felt the chance to go and experience something new playing for Suntory Sungoliath in Japan is an opportunity that isn’t given to many.

“I’ll be giving my all as usual for the rest of the season and hope to finish my time at Gloucester on a real high. Thanks, Sav."

Gloucester Rugby Director of Rugby David Humphreys lavished praise on Savage and wished him good luck on his stint in Japan.

“Sav is the sort of player and personality that every club wants in their squad. His attitude and commitment to every aspect of his training, preparation and playing cannot be faulted.

“I think he could genuinely have been a one club man. But this is a terrific opportunity, not just in a rugby sense, but also in terms of experiencing a new culture in a different country.

“I know that I speak on behalf of everyone at the club when I wish him well in this exciting new adventure.”