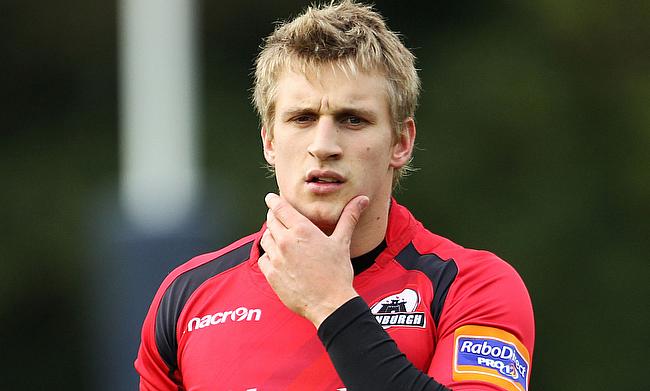 Edinburgh Rugby back Tom Brown has agreed a new two-year deal which will tie him to the capital outfit until at least May 2019.

The 26-year-old wing graduated from the club's academy in 2010 and has gone on to make over 100 appearances for the club, scoring 17 tries.

He won his only Scotland cap in the national team's historic 9-6 victory over Australia Down Under in 2012.

Brown said: "My focus has always been on playing for Edinburgh, and it's a privilege to represent my hometown each time I take to the field.

"There is a settled feel to the squad at the moment and we have the talent and ability to compete with any team we come up against, as we have shown with some outstanding results and performances this season.

"The club has come a long way since my first cap in 2010 in terms of development both on and off the field. There's a strong team culture within the group just now and we are all determined to continue taking the club in the right direction.

"I believe this squad has the potential to achieve a lot, and that's something I want to be a part of in the coming years."

Acting head coach, Duncan Hodge added: "As an Edinburgh boy, Tom's passion for the club is evident in the manner of his performances and in the way he conducts himself off the field.

"He's hugely enthusiastic about continuing to improve his game, has been a consistent performer for the side this season, and is ambitious for the club going forward.

"Tom's attitude, commitment and professionalism serve as a great example to those around him and we're delighted to have him around for another two years."