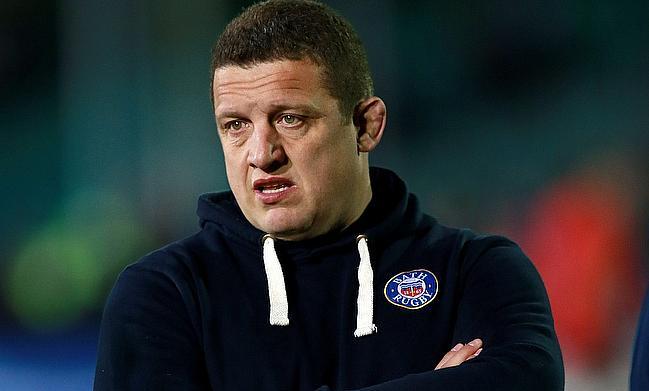 Daughter has been “silver lining” for Dean - now he wants PRO14 silverware
Jamie Roberts tests positive for Covid-19 ahead of Pro14 restart
TRU Talks: Nick Williams on his career, retirement and the Pro14
Leone Nakarawa to miss Glasgow's Pro14 games against Edinburgh

Having spent seven years with Bath and a season with Harlequins, Toby Booth is now leading the Ospreys.

Arriving at a team with just three wins in all competitions to their name, Booth has got an intriguing task ahead of him, aligning his senior international players, club players and young stars with his vision for the region.

His early years were spent with London Irish, starting off as an academy coach before rising through the ranks to eventually take up the post of Director of Rugby for four seasons. An electrician before lecturing at St. Mary’s University, Booth now has a challenge ahead of him in Swansea.

The Ospreys have always had talent in their ranks. Able to call on Wales captain Alun Wyn Jones, Justin Tipuric and seasoned international Rhys Webb, there is still pedigree within the squad. Many of these players have had limited involvement for their side this season due to World Cup commitments before a brief rest that ended virtually at the start of the Six Nations.

It is impossible for Ospreys to make the playoffs this term so the next two games provide an opportunity for Booth to get the ball rolling at the Liberty Stadium. Playing the Dragons in Swansea this weekend, the head coach sees the game as a good chance for his side to showcase their abilities.

“I see it as an opportunity for the players who start the game to put their hand up an put their best foot forwards,” Booth said. “It is a character test for the players, so we will see how much of the new Ospreys they have taken in and what they can deliver.

Booth has selected former England man Stephen Myler to start on Sunday afternoon, with Webb acting as his scrum-half. Overall, it is a strong Ospreys squad with George North, Alun Wyn Jones, Owen Watkin, Adam Beard and captain Tipuric all set to line up against an impressive Dragons side, led by Dean Ryan.

Nick Tompkins will make his debut for the Newport outfit after moving on loan from Saracens, with Ross Moriarty, Richard Hibbard and Aaron Wainwright all involved in the side’s efforts against the Ospreys. Dragons, too, are unable to make the semi-finals, with Booth mainly looking internally during these early days in charge when it comes to his selections.

“For me, I just focus on the Ospreys really,” Booth said. “I know every coach will tell you that they worry about themselves first, but it is even more true when you are playing your first game at a new institution, with a new group of players for a coach.

“As you have seen in in the Premiership, in Super Rugby, the first few rounds are about finding your feet and seeing where you are going. I think the advantage the Pro14 has, not just the Ospreys, is the fact that two rounds to finish off this season allows you to prepare well for the future.”

When Richard Cockerill joined Edinburgh Rugby, he praised the opportunity that he had to develop players. With regions and provinces managing the playing time of their international stars with their unions, coaches must call on young talent to make up their side and Booth is keen to do just that.

“If you trace back in my history, I have always had a good record in bringing players through to international shirts and first team places,” Booth said. “It has been part of my coaching ethos, improving players and developing players is definitely something that is important to me.

“It is the teacher in me if you like. From that point of view, if you get the good raw materials, with a good energy, it bodes well not just for the short-term, but the long-term future of the Ospreys.”