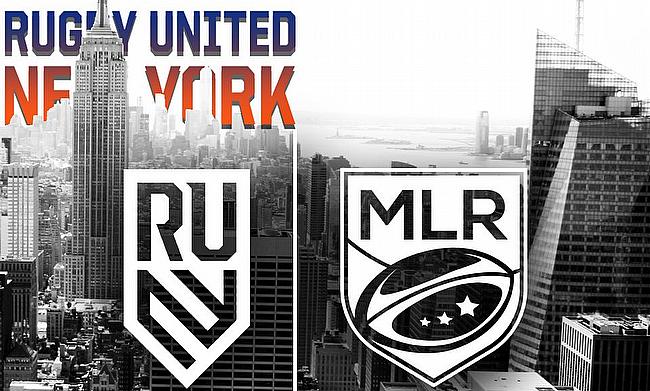 After the success of the inaugural Major League Rugby season, TRU’s Joe Harvey spoke to Rugby United New York’s General Manager James English as the new franchise prepare to enter the MLR for the 2019 campaign.

“A city like New York draws a huge amount of interest.

"People love the city of New York, they love what it represents and the rugby community here is pretty well established. The club game has already been healthy here, with a couple of big clubs that have this historical rivalry.”

Now New York is ready to write its next rugby chapter.

RUNY will be coached by Athletic Club legend Mike Tolkin, who led the US national team at the 2015 Rugby World Cup. The squad will also be laced with athletes from both teams, with the players putting aside their past differences.

“We want players that represent what New York is about. It’s not an easy place to live, it’s a fantastic place to visit.” English said with a chuckle.

“It’s a hustle, always moving, always busy and I think you need to be a certain type of personality to be able to put up with that hustle.

Two players that RUNY think can put up with that hustle are Leinster’s Cathal Marsh and Northampton legend, Ben Foden.

In other news, Ben Foden becomes the first marquee player to play Major League Rugby in the US for Rugby United New York, who join next year's competition when it expands to ten teams. https://t.co/d1En4gpUTR

“You look at people like Ben and Cathal with a huge amount of experience in professional rugby environments,” English added.

“They’re really embracing the challenge of coming over here, not just hoping to play rugby, but to make a life for themselves in New York.”

English is hoping to create a rugby club that reflects New York’s culture. The city does have strong links to Ireland and the rest of the UK and with English having coached in Dublin plus the arrivals of Foden and Marsh, they all seem to fit the bill perfectly.

He continued: “That Irish, English connection is a really good fit for RUNY. In quite an eclectic city we want a rugby team that reflects that, a rugby team with people from different places who are coming together to represent New York.”

However, English was keen to stress that RUNY wouldn’t be a spending club that just brings in big names: “The majority of our team will have a really distinctive New York, American backbone with a heavy Irish twist there.

“Signing Ben Foden attracted a huge amount of attention and people are thinking that rugby in America is like a lot of other American sports and has a lot of money. Really it’s the opposite.”

English has a lot on his plate as General Manager at the franchise. The club’s catchment area spreads far beyond the state of New York, with players in New Jersey and Connecticut.

“In that area alone you’re looking at over 90 senior rugby clubs, 125 rugby colleges and over 150 high school programs, continued English. “So it’s over 24,000 registered rugby players alone in those three states.”

With Gary Gold having led the Eagles to an historic victory over Scotland in the June tests and the Rugby World Cup Sevens being held in San Francisco, there has never been more interest in the States for rugby.

“If you go to New Jersey, they’ve got programs there with 500 to 600 kids playing flag rugby and learning the game from a real young age,” said an enthused English. “The next generation of player we’re starting to see are the players who started playing the game at a younger age.”

With the average age of an American teen taking up rugby being 16 and a half, English is certain that this will soon change: “In the past, players would have started to play the game at a college age, but that is changing as more high schools start to play the game.”

What English made clear was that, the growth of the game was the most important thing and RUNY want to play their part in that by understanding their role in the community.

“We see our role as a professional rugby team in the region to help develop and grow the game, to develop programs, work with coaches, work with players and do our part to try and inspire the next generation,” said English.

RUNY are the first professional rugby outfit on the USA’s East Coast. With rugby having been played at Harvard since the 1870s, it is difficult to understand why it has taken this long.

Playing two exhibition games as RUNY last season, the franchise wanted to see what the reaction would be to a New York-based MLR side.

“There’s been huge interest in the community, claimed English. There are over 800,000 ex-patriots from Tier One nations in Manhattan alone. We’ve had a huge amount of interest, not just in New York and the Tristate area, but abroad as well.

“Clubs are interested in developing partnerships, but at the moment we are just trying to focus on delivering a really good product and then we can look at how to expand and grow.”

With the MLR’s astounding popularity in its inaugural season, RUNY seem to have a long-term plan and an objective that they have been developing for some time. The franchise sees the bigger picture which the development of the game in America.

"For us, we’ll gauge success on our sustainability, added English. “Of course, we want to go out and win the MLR, lay down a statement of intent from a rugby perspective, but it’s about filling the stadium & inspiring a new generation of rugby fan.”