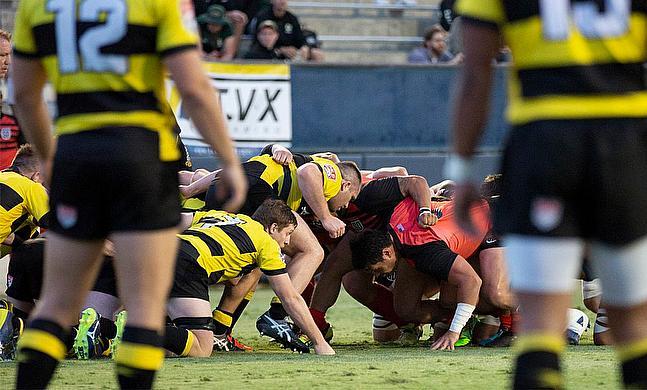 With the final round of domestic fixtures coming to a close, Joe Harvey reviews the action and takes a look at the semi-finals in Major League Rugby.

The final week of regular fixtures in the MLR threw up a few surprises. Glendale travelled to a vastly improved San Diego Legion while in the other game at the weekend, Utah hosted the Houston SaberCats, who had nothing but pride to play for in their last game of the season.

Utah probably were expecting to just show up and win this game. However, Houston had other ideas. Whilst Utah started the better of the two sides, winger Tonata Lauti put his side in front. The construction company owner struck again for a second successive weekend and allowed Jonny Linehan to open his account with a conversion.

Utah hit back a matter of minutes later. Their star number 8, Saia Uhila, charged over to score for the Warriors to give his side the lead yet again. Linehan was unable to convert the Tongan’s score.

Houston were then rescued by Windsor who took control of the SaberCats yet again, like he has so much this season. The fly-half scored and converted his own try to bring a close to the first half.

PLAYOFFS BOUND! What a great game thanks to @Hou_Sabercats for showing up and giving us the challenge at home. pic.twitter.com/kGlsbPSMRF

There must have been harsh words said in the Utah dressing room at half time, as the Warriors took hold of the game by the scruff of the neck. Flanker Arawa Elkington scoring his sides third try of the afternoon and allowing Linehan to get another two points for the Warriors.

Windsor grabbed his final points of the season via a 60th minute penalty. Soon after, Olympic gold medallist, Osea Kolinisau scored his final try of the campaign, showing MLR fans his flair and skill that has been indifferent for the last few weeks. Houston native Daniel Paul converted the score and thus, concluded Houston’s scoring for the term.

Houston will be really disappointed with their season. Finishing rock bottom of the MLR table would have come as a major surprise to everyone who took the squads at face value. With the likes of Josua Vici, Osea Kolinisau and Sam Windsor on their books, they will hopefully be better next year.

The win for Utah meant that they leap-frogged Austin and secured themselves a place in the MLR Championship games. With the likes of Kurt Morath returning from international duty soon, Utah will stand a better chance of progressing to the final.

It will be San Diego’s Torero Stadium that hosts the final of the first ever MLR season. The Legion entertained the league’s frontrunners, Glendale, in what turned out to be a surprise victory for the home team.

Captain Tadhg Leader was once again the star man for the Legion. He was the sole scorer in the first half. The Irishman kicked two points against an unusually quiet Glendale Raptors, still bereft of their international stars, who were all busy beating Canada in Halifax.

The second half was much the same for San Diego. Local player Ryan Matyas scored yet another try to keep up his remarkable strike rate going into the playoffs. Leader assuredly converted his teammates score.

Drew Gaffney scored the final try of the afternoon. The back-row gave his captain another shot at goal, that Leader just couldn’t miss. Leader was in action again soon after, scoring another penalty. Glendale wouldn’t be kept quiet though. Georgian, Grigor Kerdikoshvili, scored the only try for his team. This try went unconverted and left the final score 23-5 in San Diego’s favour.

Glendale fans would have been massively surprised with this result. The Raptors had kept on impressing the league with their depth, despite having so many players away on international duty. This result has put the side’s momentum to an abrupt end.

San Diego seem to have timed their run of form at the perfect time. Having been indifferent in the middle of the season, San Diego may even be favourites going into their playoff game.

Both playoff semi-finals will be played on Saturday afternoon at the home of the Glendale Raptors, Infinity Park. The first game will see Utah take on the home side Glendale. The second game is between San Diego and a rested Seattle Seawolves. All of the sides will welcome back their international stars, so it could be expected that the quality picks up and, hopefully, we see some really exciting games and maybe even a surprise!