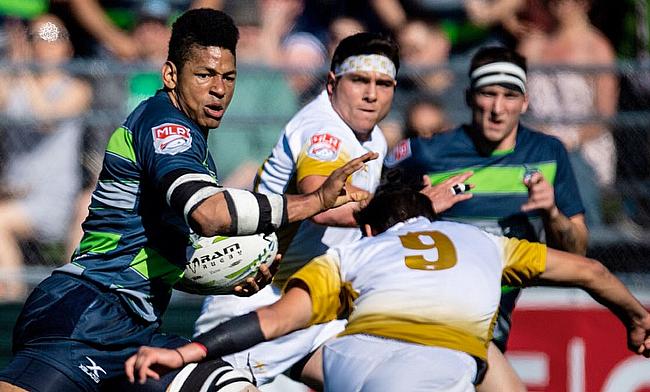 With the domestic season reaching it's climax, Joe Harvey brings you an update from across the pond.

At the start of this game, NOLA still harboured hopes that they could make the playoffs. In their last game of the season, hey played a Utah Warriors side who had a game in hand on their visitors.

Neither of these sides lost too many players to international duty, thus setting up what should have been a very exciting game in Salt Lake.

It was the hosts who raced into an early lead. Full-back Don Pati made the NOLA defence look amateur when he burst through to score two tries in the space of nine minutes. Fly-half, Jonny Linehan, only converted one of his teammates tries.

The Gold wouldn’t be kept silent for long though. Flanker Matt Hughston burst over the line to bring NOLA back into the game. JP Eloff missed the resulting conversion but redeemed himself by scoring two penalties in quick succession. NOLA would take the lead not long after, centre Tim Maupin scored a try for a second consecutive week and allowed Eloff to gain another two points from the tee.

What a finish in Utah! @nolagoldrugby keep their @usmlr championship series hopes alive by stealing the win from the @warriorsrugbyut. When the defense needed to stand in the final minutes, it did. Courageous effort. #mlrugby

Warriors hit back not too long after through Tongan born winger Tonata Lauti. The construction worker allowed Linehan to score more points for his team. Not so long after, Eloff scored another penalty to keep NOLA in touch with their opposition. However, it was Utah who would finish the half the stronger, with Jonny Linehan scoring and converting his own try.

The second half was largely a tale of NOLA dominance that would see them win the game. Californian winger JoJo Tikosuva scored a try for the Gold that Eloff duly converted. Eloff would then score a try of his own, which he also converted. The NOLA onslaught was nearly over. New Orleans native Cameron Troxler scored for the second week running. Eloff missed this conversion, but scored a penalty moments later.

Eloff did score one more penalty in this game just after a Josh Anderson try. Following Eloff’s penalty, Fetu’u Vainikolo, the former Highlanders winger, gave Linehan another shot at a conversion which he slotted over, but he failed to add the extra after replacement hooker Ray Forrester’s try that brought the scoring to an end.

Utah fell just short to NOLA 43-46 but despite their victory, NOLA have missed out on the play-offs. Utah still have a shot at making the play-offs when they host Houston next weekend.

First versus second always throws up a brilliant fixture. Seattle had lost more players to international duty, most notably Brock Staller who pulled on a Canada jersey against Russia instead. Having said this, it was the visitors who took an early lead.

Canadian back Mozac Samson scored in the 11th minute, allowing Will Holder to get an early two points to add to his tally. Holder scored a drop goal to bring his sides scoring to a close in just the 13th minute.

Thanks to @CBSDenver for the shout out for our undefeated record so far this @usmlr season! https://t.co/RUms8pBede

So ensued Glendale dominance. The Californians proceeded to take control of their west coast rivals for the rest of the game. This began through South African centre Chad London’s try, stand-in fly-half Maximo De Achaval converted the score and soon after, De Achaval was converting another try, following Zach Fenoglio’s effort.

The scoring came to an end after De Achaval converted Connor Cook’s try, giving Glendale a 33-11 victory over their nearest rivals. This result meant that Glendale will finish top of the table with a game to spare.

The final game of the weekend saw San Diego play host to Austin Elite as both sides looked to get into the playoffs.  San Diego started their scoring early on with a Tadhg Leader penalty that Austin replied to soon after through Frenchman Timothee Guillimin.

From here, San Diego started to take the bull by the horns. Winger Pat Blair benefitted from Leader’s kicking game to go through and score another try. Leader showed his good kicking ability with a conversion and then another penalty soon after. Leader’s superb display took a knock after he failed to convert Blair’s second try of the game.

Competing without seven of its original players, the San Diego Legion defeated the Austin Elite 31-17 Sunday at USD’s Torero Stadium.

Leader began the second half with another penalty to add to his already impressive points haul for the afternoon. Austin began to get a foothold in the game after Roland Suniula allowed Guillimin to score a conversion.

Austin scored their next try after another Leader penalty. This time it was Englishman Ned Hodson who scored the try. Guillimin again scored the conversion. The scoring was brought to a close by San Diego’s Ryan Matyas, whose try was converted by Leader, putting the icing on San Diego’s 31-17 victory.

With all but four sides having played their full quota of fixtures, there will only be two games next weekend. There will be a California derby between Glendale and San Diego and Utah will host Houston. Glendale are top of the pile and going to the play-offs with Seattle whilst  Utah need to win in order to overtake Austin and get into the playoffs.