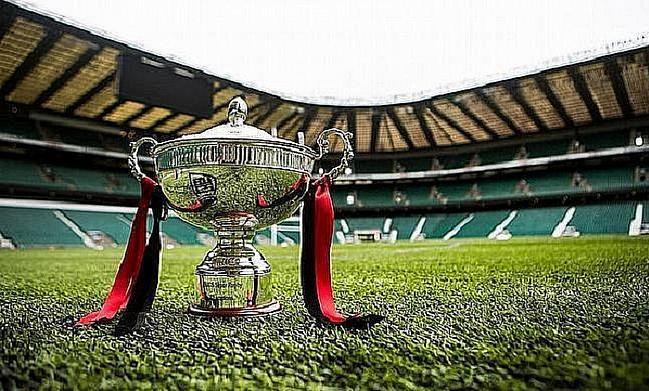 BUCS are targeting a return to play in January 2021
©PA

From BUCS to MLR - Adrian Wadden is hoping to make an impact at the Arrows
The Growing Partnership of Manchester Metropolitan and Sale Sharks
Harry Fry and Stephen Varney: Hartpury duo highlight the value of the student game
Glashan and Hurd fly the flag for Scotland in BUCS Team of the Year

Back in March, the conclusion of the season was looking extremely promising for two of BUCS Rugby’s most ambitious sides.

A sequence of results which accumulated eight wins from nine games and another cup final pencilled into the diary suggested both Cardiff Met and Manchester Met were heading in the right direction.

The story of Cardiff Met is one which people have become familiar with, mainly due to Alex Dombrandt’s scintillating performances for Harlequins - both domestically and in Europe - since the versatile forward left BUCS Super Rugby behind in 2018.

A team hoping to join the Archers at university rugby’s top table are MMU and under the guidance of Rob Jones, the budding North-West institution has achieved two promotions and two cup successes in the last three years.

Manchester Met had the opportunity to add the BUCS Trophy to their growing cabinet as they were set to face Premier 2-South outfit Hartpury 3rds at the end of March whilst Cardiff Met had all eyes on the Ricoh Arena and the BUCS Super Rugby final as they looked to carry their purple patch of form into the knock-out phases.

However, neither side were able to experience a fairytale ending to their respective campaigns due to the coronavirus pandemic which halted the sport at all levels four months ago.

BUCS made the decision to cancel the remaining fixtures for the 2019/2020 season and the national governing body for university sport has said that the majority of their competitions won’t resume until January 2021.

There is the small possibility that BUCS Super Rugby may start before the end of this year, but Cardiff Met Director of Rugby Danny Milton has been doing everything possible to keep his side connected during this period.

“When it first happened, it was a hell of a shock with people sort of getting used to what things were going to be like and probably that uncertainty too,” Milton told TRU.

“I think everyone is in different stages of where they view the crisis and the pandemic. I think you have got people at two ends of the spectrum; the people who think we’re going to move through this quite quickly and things will return to normal and then you have got other people who perhaps think that is a long way away. I think you have got to manage players and coaches’ perceptions on all of that and that has been an interesting challenge.

“People come to Cardiff Met for, yes their academic studies, but they also come for a rugby experience. People want to stay in touch, stay as a group and find out what is happening.

“They feel like they have missed out on so much be that graduation and those end of year things, but in the scale of things, they aren’t important when you are looking at a global pandemic, but for each individual there are key goals and key achievements so these things are important.”

MMU Head Coach Rob Jones echoed those sentiments: “I think the first thing we wanted to do was to close a season as it should be done and you follow all the good things that rugby does like end of season presentations and recognition of players because that is important to us.

“We did give the players the headspace in May because they had exams coming up so we did disengage with them, whilst still being there for them if they needed us. You get to mid-June and that is where you re-engage with the group again and in the background of all of this, you are communicating with different people in terms of recruitment, how we keep that student experience the same and what we can offer our students. That is key for us.

“That hasn’t stopped for us and it has been paramount despite the landscape looking unquestionably different. All you can do is be really open and really honest with everyone and it is great we still have some top athletes from around the world still wanting to come to our university. It is about us at MMU Sport engaging with everyone.”

Following another very pleasing campaign for Jones’ side on the field, it is easy to see why prospective students still have an appetite to join MMU. A strong debut outing in Premier 2-North, combined with another cup run, set up a grandstand finish to the 2019/20 season before it was cut short.

BUCS were quick to act and since March, they have engaged in talks with over 300 staff and students from over 140 institutions about their ‘Return to Play’ roadmap.

Wondering when we'll be back? Us too ??

We've been working hard with our members to plan the best approach to allow students to return to sport and physical activity as soon as the time is right.

To see what that currently looks like, check out the latest below ??

The national governing body have outlined their plans for 2020/21 which will include no promotion or relegation throughout the divisions and despite Manchester Met’s superb rise over the last three years, Jones is in support of BUCS’ proposals.

“It is a ‘bridging season’,” said Jones. “I get it. BUCS are in a real tough position so let’s be totally clear on this. We are all missing rugby, of course we are, but the decisions BUCS have made have been through conversations with the universities.

“Fundamentally, whilst sport is a huge part of university life, student academic is paramount and that delivery has got to be on point, first. Universities are going through a challenging time and they have to deliver that correctly so these students get good results. That is what it is about.

“From our perspective of us wanting to be in BUCS Super Rugby, yes, it is frustrating because it is a year where we don’t get the opportunity to get promoted, but coming out and announcing there is no promotion and relegation means everyone knows where they are coming from.”

Milton added: “We know there is not going to be promotion and relegation so this does impact on your three-year journey as a student and all these programmes so it is really an interesting time.

“I have to say though, I know you always look at things from your own perspective, but I have been really impressed with Jenny Morris [Director of Delivery at BUCS] and her team in terms of how much they have tried to canvas decisions and get information from people.

“You are not going to make everybody happy all the time, but they have made a real attempt to gather information to try and provide a level of certainty during these uncertain times.”

One of the key details which BUCS has been transparent about is when the majority of league seasons will take place. They have pinpointed January 2021 as a potential start date, which could mean some students may not have played university rugby for almost 10 months.

However, an element which has bled into the university game in recent years is institutions building connections with professional clubs. The likes of the University of Exeter and the University of Bath have very strong links with their respective Gallagher Premiership sides and in Manchester Met’s case, their recent partnership with Sale Sharks is set to go from strength to strength

MMU, and others, have combined superb academic opportunities with high quality sports programmes, with a number of Sharks academy players balancing their studies with their rugby in the North-West.

But with the university campaign not set to begin until after 2020, and Premiership clubs facing a reduced salary cap, will they look to utilise their homegrown talent more regularly when top-flight rugby returns in the final quarter of this year? Could this limit their availability at university level?

“We’re going to have four full-time professionals representing us this year,” added Jones. “Next year, that will double but that has definitely grown now. Both institutions will be offering a bursary to the players to come to Manchester Met which is really exciting.

“In terms of these clubs right now, they have now got a squad of 50-70 players and these younger guys are often numbers 61 and 62 and in that last 10 so the reality is they may not even train with the first team squad because they are not there just yet. It takes time to mature so the incubation period will be with Manchester Met.”

For Cardiff Met, they have been able to create a good relationship with Harlequins since star-man Dombrandt departed the Welsh capital. The likes of Luke Northmore moved to the Stoop a year later whilst fellow Archers, Eduardo Balocco and Andrew Nurse, have also pulled on the famous quartered shirt in A-League and Sevens competitions.

It is clear that both Milton and Jones are passionate about giving players the opportunity to take the next step, but for now, no-one can predict what the immediate future looks like.

For every institution affiliated with BUCS, these are uncertain and difficult times. Elements such as finances, recruitment and pre-season preparations will be different this year, but whilst university rugby is clearly facing numerous challenges, Milton and Jones believe they can work with what they have got to keep promoting the game.

Milton added: “We noticed the RFU CEO Bill Sweeney mention about having a fantastic university league, well we’ve got one!

“We need to keep it right at the forefront and perhaps while this might be a challenge for academies and pro clubs, it might be a chance again to further strengthen that university game and leagues below to keep the game growing because we are very fortunate at Cardiff Met to have those structures in place in order to help with that.”

“We can use term one (September 2020-December 2020) as a great opportunity for pre-season,” continued Jones. “We are obviously following RFU guidelines, but for whenever we return, I do think it is important to take the opportunity to create competition before then and ensure we do have games on a Wednesday should we be allowed to do that. We have to be creative as coaches.