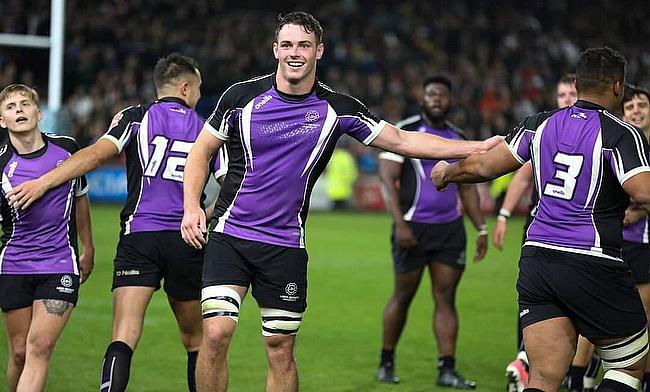 After three seasons wearing the purple of Leeds Beckett University, Adrian Wadden has returned to Canada in order to represent the Toronto Arrows in Major League Rugby.

Before his successful spell Yorkshire, Wadden had featured for Canada A as well as the Under 20s side, but now he is returning 'home'.

Leaving the UK having reached a BUCS Super Rugby final in 2019, Wadden was an integral part of Kerry Wood's team who reached Twickenham last year and for the Mississauga native, moving to England in order to play university rugby was an opportunity for him to complete his education as well as playing regular, consistent rugby.

“The biggest thing, for me, was that I would be able to do uni full time and play a high level of rugby,” Wadden said. “I had moved out west just before moving to England and I was able to play a lot of rugby, but school took a back seat, so it would have taken me ages to finish.

“I had applied to the University of Victoria and then the opportunity with Leeds Beckett came up. Another big part of it was having a new experience. That’s what is so great about rugby, you get to travel a lot, so the perfect situation came up at the perfect time.”

Whilst his final season at Beckett was cut short due to Covid-19, many will remember the side’s 2018/19 campaign. Bottom of the pile at the mid-season break, Leeds went on a startling unbeaten run to end the year which saw them reach the showpiece final against Hartpury at Twickenham.

Knock out rugby time as we take on @cardiffmetrfc today at 2pm on Headingley Campus! Free entry and top class @BUCSSuperRugby

This weeks music provided by two of the Beckett Ultras Harry West and @chazdixon99 #UTB pic.twitter.com/jKBqEtIOJf

Losing that day, Wadden admits that he doesn’t think about that Wednesday afternoon too much, even if he does join an elite list of Canadians to have played on the turf. Regardless, the 24-year-old is quick to heap the praise on Kerry Wood and his coaching staff, saying that the environment is one of the strongest he has been in.

“They kind of have that professional environment, especially within the senior squad and they will provide all of the support that they can,” Wadden said. “He also gives the players a lot of power and say within the team. So, it is on us to drive our standards and I think that has been really beneficial. I think it does a lot for us off the pitch and I think that has been a big reason in why we have been so successful in the past few years.”

Now preparing to play professionally in his home country, Wadden is  putting himself firmly in the eyeline of Canada coach, Kingsley Jones for international selection. With the majority of the Rugby World Cup squad in Japan either a Toronto Arrow or playing in MLR, the lock says that the landscape of domestic rugby in the country has changed drastically since he left for Yorkshire.

“When I left to move out west and eventually Leeds, the opportunity to do that wasn’t available to me here,” Wadden said. “I was always thinking where I could play the best rugby, the most rugby, and that was never at home where a lot of my family and friends are. So, when the opportunity (to play for the Arrows) came up, that was really the big draw. Nothing can beat that I don’t think.

“When I was at McMaster [University in Ontario before Wadden moved to the UK], I was talent-spotted by Rugby Canada and moved out to British Columbia in order to train and play rugby, once guys start making that impact, they immediately go out west to train with the centralised national team, so you don’t get a lot of talent staying here. They always go elsewhere to continue their rugby journey. Having the Arrows, it will raise all of the competition in and around the club and provincial rugby as well.

“More players will stay here. Seeing that there is potential to play and stay at home, so I think it is going to have a huge impact. I guess we’ll see in a few years as people start coming of age and more people start playing. I think it is massive.”

Although the 2020 MLR season was cut short due to the coronavirus, Toronto looked even stronger in their second year of competition. Only having lost one game prior to the cancellation, Wadden watched from afar as his new team became the second seeded side in the competition, only behind San Diego, who former England captain Chris Robshaw will be joining next season.

Wadden admits that he does have international aspirations, but he is focusing on becoming accustomed to playing with his new teammates before carrying on the good work that they put in prior to the competition's close.

“The pinnacle of sport is getting your first international cap, obviously that is a big thing,” Wadden said. “I am not trying to focus on that now, I am trying to focus on getting in good with the Arrows, having some fun playing rugby and I think everything else will take care of itself. It will be really interesting getting back on the pitch next year and prove to everyone we are capable of a big season.

“That is going to drive a lot of it and there are young guys in the team coming up, which is nice because they are all local boys too. They really try and take from local areas, making it a grassroots club and there is always talent they are willing to bring in and give a shot to.”