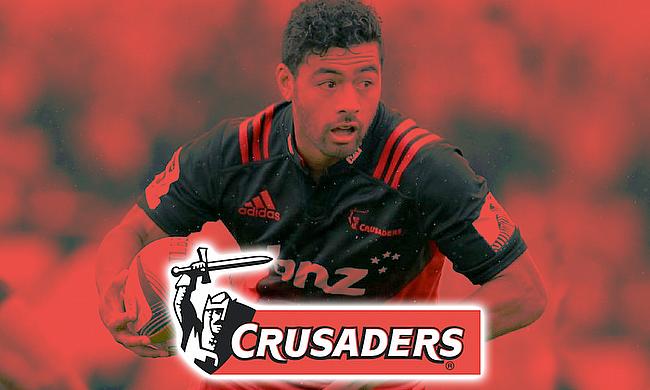 Times are changing in Canterbury.

The legendary duo of Dan Carter and Richie McCaw have moved on and there is a fresh look to the Crusaders in the opening two rounds of the 2016 Super Rugby season.

In addition to the departures of Carter and McCaw, experienced Crusaders Colin Slade, Tom Taylor, Nepo Laulala, Willie Heinz and Dominic Bird have all left the South Island. Luke Whitelock has also moved on, joining local rivals, the Highlanders.

This season was always going to be the beginning of a new era for the Crusaders, one which will snowball when Todd Blackadder leaves the team at the end of the 2016 season, but already the potential of the future is shining through, despite a loss to the Chiefs in Round 1.

The worry had been that with Carter, Slade and Taylor all leaving the franchise in the same season, the ensuing fly-half vacuum would be a challenge to fill, especially given the size of the shoes of the candidate would have to fill. Thus far, that has not proven to be a problem.

The three-horse race between Richie Mo’unga, Ben Volavola and Marty McKenzie has seemed decidedly one-sided since the beginning of preseason and Mo’unga has already, with just two Super Rugby games under his belt, begun to ink his name on to the Crusaders’ teamsheet for the remainder of this season. No one is expecting him to play like Carter from day one, but he has proved dangerous as both a runner and a distributor, looked remarkably composed and has, most importantly, been a reliable source of points.

With both Nemani Nadolo and Kieron Fonotia leaving the franchise at the end of the season, there is a hope that the Crusaders’ young midfield and outside backs – Sean Wainui, Jone Macilai, David Havili and Mitchell Hunt – can all take the next steps in their development and make up for those imminent departures.

The early signs have been mixed.

An error from Havili cost the Crusaders in their 27-21 loss to the Chiefs in Round 1 and their back line certainly looked out of sorts once the ball got past Mo’unga. There was more coherency in the side’s Round 2 victory over the Blues, but it’s still far from the well-oiled machine Cantabrians have been used to.

Up front the franchise has impressed over the opening two weeks, looking as disciplined and effective as ever, despite the departures already mentioned. Emerging stars Codie Taylor, Scott Barrett and Jordan Taufua have caught the eye and their scrum has been dominant against both the Chiefs and the Blues.

The spine of the Crusaders team, from Taylor and Kieran Read in the pack, through to Mo’unga in the back line, has impressed and looks to be in fine shape moving forward. The spine also consists of a team’s full-back and though there are more questions here for Blackadder and his successor, young Hunt is a prodigious talent who could make the position his own, much as Damian McKenzie has done with the Chiefs, bringing a fly-half skill set to the position.

After being a veteran team for the last few years, the Crusaders side that took to the field against the Chiefs had an average age of 25.9 years, with that average dropping to 25 years in the back line. Furthermore, if you take the two departing players, Nadolo and Fonotia, out of the equation, the average age of the Crusaders’ back line is just 23.8 years and heavily-skewed by 32-year-old scrum-half Andrew Ellis.

It should be an exciting group to watch over the remainder of this season, especially if the Crusaders pack can continue to deliver them front foot ball and dominance at the set-piece. With Ryan Crotty and Robbie Fruean set to return from injury before too long, expect the back line to look more coherent as well.

There are clear skies for now and Blackadder’s parting gift to the people of Canterbury seems to be, at the very least, a young side with their best years ahead of them. There are worse ways to go out.