'The National Leagues have been a massive learning curve' 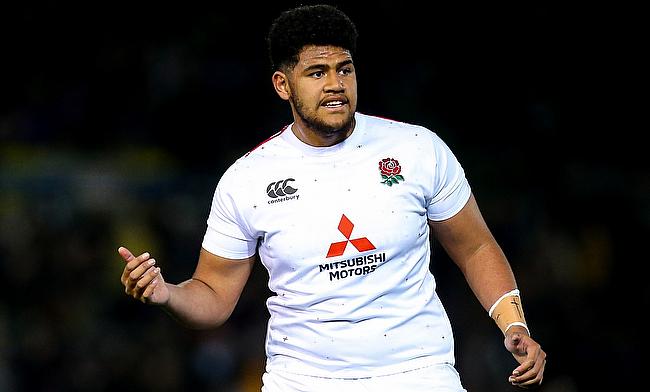 Rus Tuima has revealed his time spent at Plymouth Albion in National One has helped his development this season as the Number 8 prepares for the U20 World Championship with England.

The Young Roses fly out to Argentina today ahead of the tournament which begins on June 4th and after a positive year, Tuima will be an integral part of Steve Bates’ plans.

Whilst a portion of the squad have gained valuable experience in the Gallagher Premiership this term, Tuima has plied his trade for Albion and the Exeter Chiefs man has enjoyed his time at Brickfields.

The 19-year-old took the step up from Exeter College and is involved with the Chiefs academy set-up and his performances have not gone unnoticed across the campaign.

He made his U20 debut against Ireland in the opening match of this year’s Six Nations and he also scored his first try for England when they faced Wales back in February.

Dual Registered players @rus_tuima and Marcus Street have been selected to represent @EnglandRugby at the Under 20s World Championship.

“I went from College straight into Exeter Chiefs,” said the forward. “It was pretty tough! With college rugby, you can take it in your stride whereas at senior rugby, it is a lot harder.

“It [the National Leagues] is a massive learning curve. That is where you play your senior rugby and match games. The contact is a lot bigger step up and the players are more experienced.

“Our Number 8, Herbie Stupple, he’s been a good role model for me this season. Watching him carry the team is great to learn off throughout the season.

“It [the journey] has been good and it has been tough. At the start of the season, I wasn’t part of the EPS squad so I thought I would have to fight my way into the team a bit more than I would usually.

“I’ve just tried to take every opportunity in my stride and I think I have done alright!”

Tuima’s journey in the sport is unsurprising given his family history. The back rower is the nephew of Fiji’s Akapusi Qera, the cousin of England’s Joe Cokanasiga and the brother of Red Rose Lagi Tuima.

He moved to England at the age of four and Tuima admits his ‘tight-knit’ family have been a massive influence on his promising career.

He said: “My family is my big motivation. I find they got me to where I am today and we are a very tight-knit family.

“Mum, getting me to games, Dad, giving me tips and my sister as well playing for England Roses. When she first ran out at Twickenham, that was a big moment for me and it made me want to do something like that. I will always be there for her as she is for me.”

Tumia is still biding his time to gain a first-team opportunity with Exeter and the support from sister Lagi, plus a competitive edge, helps encourage him even further.

“It does get so competitive sometimes, but it’s good!” he added. “We push each other to try and get better at everything. In my U18s season, we made a bet on who would wear the England jersey first so it is good to have that in the family!”

Whilst breaking through at Exeter is still to come, Tuima’s arrival on the international stage for England has been eye-catching and his powerful displays will be on show during the upcoming World U20s Championship.

Steve Bates’ side did have an indifferent Six Nations campaign this year after finishing third in the standings, but Tuima is confident England can produce a response in Argentina over the next month.

“We aim to look forward and keep going as a team,” said Tuima. “We have some incredible individuals and for now, it is about getting our goal towards the World Cup. The goal is to gel as a team and play to our strengths.

“At the end, the outcome will be to win the World Cup and it would be the best way to sign off from this season.”