The Gap between New Zealand and the Rest of the World Closes... 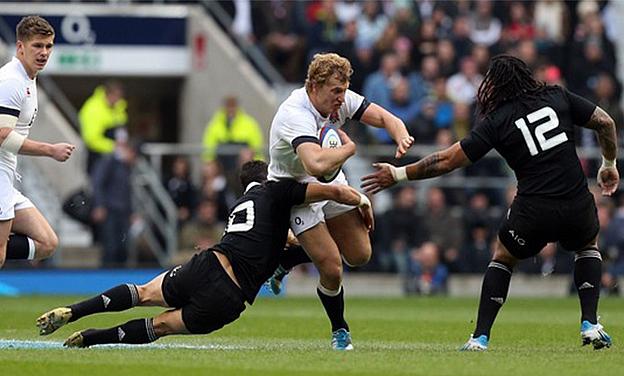 Is the gap closing between the All Blacks and the rest of the world?
©PA

As we hurtle past the opening weekend of the Rugby Championship and immerse ourselves, once again, in southern hemisphere rugby, one of Talking Rugby Union's men in the sub-continent, Scott Donaldson, looks at the gap between the World Champion All Blacks and the rest of the world…

The once upon a time void between the All Blacks and the rest of the rugby’ing nations is seemingly slowly beginning to close and the timing couldn’t be worse for New Zealand with the 2015 RWC only a year away.

While people like Chris Rattue from the New Zealand Herald suggest that the All Blacks are in crisis, I would like to float the notion that despite many of New Zealand’s players getting long in the tooth, it is actually more a case of the other countries improving, while the referees seem to be monitoring and penalising Richie McCaw a lot more these days.

Even the traditionally powerful teams like South Africa, Australia and England have been average over the past four or five years.  The Wallabies were great in the early 2000s, while England and South Africa were good in the early to mid 2000s, but stars like John Eales, George Gregan, Jonny Wilkinson and more recently Victor Matfield have been missed and beating England, South Africa and Australia in recent years has hardly been a challenge.

Only this year are we seeing some depth in Australian and English rugby especially, meaning that the All Blacks don't just have to show up to win.

In more recent seasons, the All Blacks have won even when playing badly and you can count on one hand the number of complete performances by the All Blacks.  Last year's win in South Africa was impressive, the Rugby World Cup semi-final vs Australia was great, while they have performed well in Argentina in the Rugby Championship, but in-between times, their performances have been patchy, but they have managed to scrape together some narrow wins.

It is the sign of a good team that can win when playing badly, but this All Blacks team does have this undeniable belief that they can win every game.

While they haven't been overly convincing in the last four years, the All Blacks have managed to win when it counts which is important looking towards the Rugby World Cup 2015 in England.

Teams like Australia, England and South Africa are more of a threat heading towards the 2015 tournament with more depth than their recent past and these teams are pressurising the referees into penalising Richie McCaw a lot more than in the past.

The Wallabies now have a combative tight five, long considered their Achilles heel, while England seem to have discovered some genuinely threatening ball runners in the loose forwards and backline.

All this means is that the Rugby World Cup 2015 is going to be a beauty with Australia and England on the rise, while the All Blacks will be slightly on the decline making for a great tournament.