Rugby Championship Round 1 Review - Who had that winning feeling? 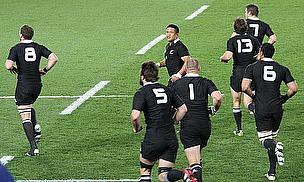 Who had that winning feeling after the first round?
©Press Association

Beale not Foley was on most people's minds leading into the first weekend of the southern hemisphere's premier competition. There was also a suspicion that Argentina were being discounted too easily.

TalkingRugbyUnion's reporter, Scott Donaldson, had predicted wins for South Africa and the All Blacks, despite the massive impetus the Waratahs winning the Super 15 had given the Wallabies.

On Friday, we had featured an article debating the potential growth in betting and rugby union. There was no doubt that the tipsters were settled on results but what did happen in The Rugby Championship Round 1 2014?

"Well blow me, we saw two low scoring, tight affairs with only one try scored in total, this is a far cry from the Super Rugby 2014 season and shows you that weather conditions can still affect play," Scott told us.

Almost every tipster picked South Africa to beat Argentina, although the conditions were a great leveller and the margin was lower than most people anticipated as Argentina put up a brave fight before losing 13-6.

In the other game, Australia broke New Zealand hearts with a 12-12 draw which broke the All Blacks string of 17 consecutive wins.

And Donaldson introduced us to some new rugby descriptions; "A drawn match is said to be like kissing your sister, but it seems that this draw is like a win for the Wallabies and a loss for the All Blacks."

There were plenty of questions to come out of the Rugby Championship 2014 Round 1 and here we get Scott's candid views:

1)  What did you make of referee Jaco Peyper's performance in the All Blacks vs Wallabies match?

"The All Blacks were on the wrong side of the ledger with the penalty count and received two yellow cards, but does this mean that Peyper had a shocker?

"I also thought it was strange how Peyper told the players that there would be no scrum penalties in the last five minutes.

"Surely, a referee should be consistent throughout the eighty minutes. There were more than 25 penalties in this match with many claiming that Jaco Peyper was the Man of the Match."

2)  Are the referees now onto Richie McCaw and Wyatt Crockett?

"It seems that Richie McCaw and Wyatt Crockett are getting penalised out of games more than they used to.

"Is it because they are losing their edge or because the opposition are talking to the referees before the game in order to stop these players?"

3)  Do referees make decisions to support the home team or is it simply a case of the referee calls supporting the team who has momentum in the game?

"The All Blacks dominated the start of their match against the Wallabies, but were then on the backfoot for most of the game.

4)  Was it a case of the All Blacks being bad and Australia good or was it that conditions were a great leveller?

"I am also thinking that the All Blacks were not at the top of their game and Australia were more up for it.

"It seems like the Wallabies think of this result as a victory, while the All Blacks see it as a defeat.

"Nearly 100 per cent of people picked the Springboks to beat the Pumas, but less than 0.1 percent picked the draw between New Zealand and Australia. Why might that be the case?"

5)  Did the Kurtley Beale experiment work for the Wallabies?

"It didn't fail, but I wonder if Foley's goalkicking is better."

6)  Can the All Blacks cope without Ma'a Nonu and Jerome Kaino who were both injured?

Liam Messam will probably replace Kaino, while Crotty and Fekitoa are in the running to replace Nonu.

7)  Did anyone else feel empty after the Rugby Championship 2014 Round 1?  Drawing is like kissing your sister.

"The Wallabies were probably more encouraged by the draw than All Blacks fans, while the Springboks won by only seven points against Argentina.

"Both games were affected by the weather, but were also hardly a glowing endorsement of Southern Hemisphere's dominance."

"I am thinking the All Blacks will probably still win it, but may lose another game and this doesn't bode well heading in the Rugby World Cup 2015.

"The cracks are showing in the All Blacks armoury! These teams will all get a chance of revenge next week with the return fixtures."

As ever thanks to Scott for his up, close and personal reporting on Southern Hemisphere Rugby. What is the long term weather forecast for RWC2015? Who will be taking their sister along?