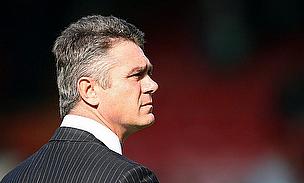 All Blacks start with Smith
12 players to light up the Rugby Championship in 2014
Who should start for the All Blacks against the Wallabies?

The final of #WRWC2014 takes place in Paris on Sunday 17th August and will be competed for by two northern hemisphere teams, Canada and England.

Perhaps, surprisingly, all the semi finalists were also from the northern hemisphere. Whilst Europe hosts this final for women's rugby, the men's rugby is gearing up for the new season in Europe and perhaps three of the best men's international teams squaring up in the Rugby Championship.

Once again this year, TalkingRugbyUnion will be covering these Southern Hemisphere rugby events with help from Scott Donaldson, Wade Cox, Matt Wood and Kitcho Evangelidis.

We started our coverage earlier today with news that Ben Smith had been given the nod for the All Blacks full back position.

Here we give more of the Southern Hemisphere build up, courtesy of Scott.

The stage is set for the Rugby Championship 2014, featuring four of the best teams in the world of rugby playing each other home and away.

The All Blacks have won both of the Rugby Championships so far and must be favourites to win again in 2014, but their team is getting older and the Springboks and Wallabies have some great young players on the way up who might take them up a level to match the All Blacks in 2015 and beyond to the Rugby World Cup in 2015.

Wallabies vs All Blacks

There is more than the Bledisloe Cup to play for in this match as the All Blacks chase the record of most consecutive wins and Rugby Championship glory.

An early away win really gives a team the upper hand in the competition. The All Blacks have won 17 test matches straight and want to match that rugby stronghold of Lithuania’s record (never really sure on the rugby politics of the current winning streak that Cyprus are on) with one more win. They have held the Bledisloe Cup since 2003.

The Wallabies will take renewed confidence from a Waratahs win in Super Rugby 2014, even though man for man on paper they should still lose, they have the home advantage and the glue in the All Blacks backline, Conrad Smith will probably miss the game.

This brings the two teams closer together and the likelihood of a home win increases.

The Wallabies have made some interesting calls with Pat McCabe and Rob Horne on the wings and Kutley Beale at first five eighth.

My pick: All Blacks

Players to watch: For those playing fantasy rugby games like www.testrugby.com the All Blacks represent terrible value for money because they are expensive to buy. Malakai Fekitoa might start, giving managers a good option in the midfield, although given the Springboks expected dominance over Los Pumas, then it could be better to stack your team with Springbok players.

For the All Blacks, try Fekitoa unless you feel rich and can accommodate Julian Savea, Kieran Read and Brodie Retallick.

The Wallabies have the same faces in different positions, with Kurtley Beale a good option, while replacement hooker Nathan Charles could be worth a shot.

The All Blacks should win by a handful of points and their settled team should provide them with greater cohesion.

My pick: All Blacks by 7 points.

The Springboks are expected to win comfortably at home for the start of the Rugby Championship 2014. The Boks need a good start against the predicted cellar dwellers if they are going to have any chance of toppling the All Blacks. Their team for this game is missing some of their top European players who will be introduced via the bench.

The Pumas have never beaten the Springboks, with their 2012 Rugby Championship draw the closest that they have come. Their squad is almost at full strength with most of their current top players available. But can they get their first win over the Springboks in 18 attempts? I don’t think so!

Players to watch: There are some bargain priced players in this game with the Springboks using this game to blood some new players. Damian de Allende, Handre Pollard and Lood de Jager are bargains, while some big points could be scored by Willie Le Roux, Bismarck du Plessis and Duane Vermeulen.

The Pumas are where you can save money. Pablo Matera is a bargain priced loose forward, while the starting Pumas wingers and locks are also really cheap. Their Juan Martin Henandez moves into the midfield, allowing Nicholas Sanchez to start. There are some real bargains to be had here!

Tipping advice: The Springboks are starting some young players in this game, but they will surely still be good enough to beat the Pumas easily. The Pumas are down to 12th in the world and may struggle initially against the Springboks.

Most punters will be surprised if the margin is nearly 30 points. The Pumas will build into a better team as the competition goes as their squad usually includes players across the globe.

Get into our world of rugby, everyday here at TalkingRugbyUnion. We are not a weekly paper, we are not a rugby blog - we love rugby union and want to share our reports, features and news with as many rugby union fans as we can. Join us and share with us in supporting rugby globally at all levels.