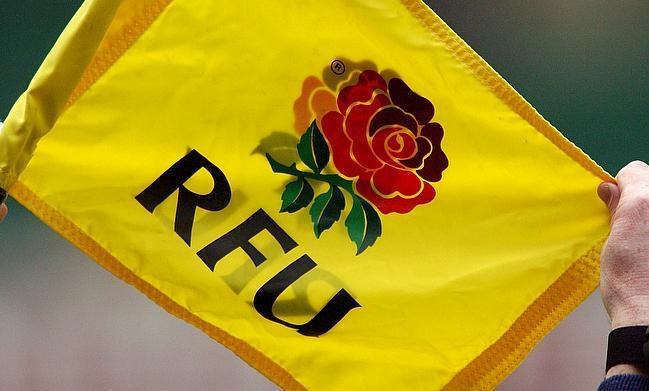 When the Greene King IPA Championship returns this weekend, it will be almost a year since the coronavirus pandemic halted the competition.

Even then, the slate of fixtures across the 13th and 14th of March was reduced by half because of Covid-19 and a week later, national lockdowns were introduced.

It has undoubtedly been a hard 12 months for clubs, and they will still not be welcoming supporters into venues until the closing stages of the tournament, although this will not be at a full capacity.

Only one of the 12 Championship teams are not taking part in the truncated 2020/21 campaign as London Scottish chose not to participate after rejecting the loans provided by the Sports Winter Survival Package.

With the club also working on a three-year plan that aims to make the Exiles more sustainable, this means that each team in the restructured competition will get a bye week before a two-legged final to determine which side will be promoted to the Gallagher Premiership.

???? Staying with Sarries
???? Targeting a return to the Premiership
???? Excitement for the new #ChampRugby season

Saracens' @AlexLewington48 exclusively chatted to @CallumW18 ahead of the new Championship campaign.

In recent weeks, the effects of not being able to welcome fans to clubhouses have been laid bare as Ampthill made a request to fans - of both the club and the sport - to donate to the A’s so that they could confirm their participation in the 2020/21 season.

Whilst clubs will be delighted to get their teeth stuck into some competitive action this weekend, the league restarting offers so much more than just the resumption of the second tier of English rugby.

It also provides an opportunity for the academy players of Premiership clubs to get some valuable experience under their belts and in the various warm-up matches that have taken place, it is already noticeable how academies are utilising the return to play as an avenue for their emerging stars to get some much-needed game time.

During lockdown, Northampton announced a strategic partnership between themselves and Bedford Blues. This allows the Championship side to access some of Saints' players, coaches and even to take part in joint training sessions.

Numerous Northampton players lined up for the Blues in their pre-season loss to Ampthill last weekend, whilst Coventry have taken on a handful of Academy players from across the Premiership, with many more familiar names throughout the league.

Former Ampthill youth player, Lewis Ludlow, has played most of his senior rugby career in Gloucestershire. After representing Hartpury University and helping guide the team into the Championship, the 26-year-old believes playing in the lower reaches of English rugby was massively beneficial to his career.

“I think it is crucial,” Ludlow said. “I played at Hartpury, we went through National Three, Two, One and in the Championship. I think playing through the levels is the best thing for any player. It is very, very difficult for young lads to come into the Premiership and play well.

“Obviously, you get your freaks like Zam (Louis Rees-Zammit) who can do it, who is way ahead of his time in terms of age but especially for your front-rows or your forwards, it is a real big learning task.

"The Championship and other lower leagues are great for that and there is nothing better than playing a 30 game season of men’s rugby knowing you can do it. Me doing that at 18 was great and you just get confidence from that to go forward and each step up makes you feel a bit better.”

Plenty of players throughout the Premiership have at some stage plied their trade in the second tier. In England’s current Six Nations squad, several names have spent time in the Championship in order to aid their development such as Ellis Genge, Henry Slade and Dan Robson, to name but a few.

Many more players have experienced the National Leagues. The likes of Maro Itoje and Max Malins have been affiliated with Old Albanians, whilst Mark Wilson was sent out on loan to Blaydon before getting his shot in the first team with Newcastle Falcons.

Due to play France in the Six Nations next weekend, Dan Robson’s time in the Championship was relatively short-lived. Like Ludlow, the England scrum-half is a Hartpury Alumni and 11 years ago, he was sent on loan to Birmingham Moseley, where he followed in the footsteps of his father, Simon, who previously captained the club.

Fully aware of the advantages that going out on loan - or dual-registration - holds, the 28-year-old admits the league ‘toughens you up’.

“It’s a huge part of the game,” Robson said. “I think we have noticed it more, probably since the lockdown stuff, these youngsters getting opportunities with the mid-week games last season, coming back and all that.

“I think it is hugely important to get as much exposure for them. Like you said, I was lucky enough to go to Moseley for a few games when I was 18, 19 and it moulded you.

“You get a bit of a wake-up call because it is a pretty tough league and you have got to toughen up pretty quickly and I think it puts you in really good stead for playing back-to-back first-team games when you get the chance.”

In December, TRU spoke to the Wasps Academy about how they were adapting in order to find their youngsters game time.

Two months ago, TRU heard from the @Wasps_Academy about their pathway to becoming a professional player??@joeharvey34 has spoken to @kevinharman1969 about how the Academy has adapted to get players game time, having sent two players abroad in November??https://t.co/ZpRnEgiPQF pic.twitter.com/LtqgculKqB

Head of Academy and Recruitment, Kevin Harman, described how important the Championship and National Leagues are for player development and helping the next generation achieve their dreams.

Since the Premiership restart last August, the regular fixtures allowed Wasps to identify Charlie Atkinson and Alfie Barbeary as stars of the future, whilst for the vast majority of young players at the club, they have had to wait until the Championship’s resumption in order to get back out on to the pitch.

More recently, Wasps’ Callum Sirker and Mario Pichardie have been dual-registered with Coventry for this upcoming run of games. The club’s Head Coach, Lee Blackett - who also coached in the Championship with Rotherham - says he is looking forward to the return of the National Leagues as well, with the development of players being so affected by the pandemic.

“Just go down to our 18-year-olds, first years out of school, there is not many that can come through as quickly as Charlie (Atkinson) and get game time with us,” Blackett said. “Even below the Championship, some of the younger guys, especially if they are coming through the front-row, actually need National Two North or National Two South to get going again because we need to get these guys game time.

“We are really pleased that some of them are getting game time. We have tried to build some really good links with Championship clubs. We have obviously got links with National One and National Two clubs to try and get our guys out there playing.

“I think England U20s have tried to find a gap between for some of the younger guys because they have had some training sessions and some in-house games, but apart from that, there has been nothing.

“It has probably stunted their development in this group. It is a pretty hard group to come through, the guys that have come out of school with no rugby.”