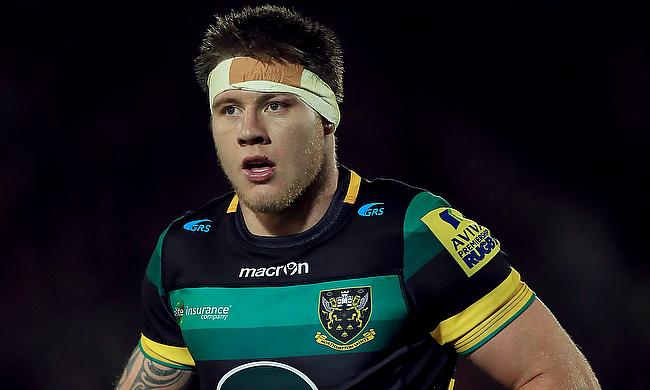 The win on Saturday ended Northampton's seven-game losing streak in the competition and it came through a penalty try in the final minute. It also gave recently-appointed technical coaching consultant Alan Gaffney a winning start after he was brought in following rugby director Jim Mallinder's dismissal last month.

"It was very emotional," England international back-row forward Harrison said. "We haven't felt that feeling in a long time.

"We have been on a pretty long losing streak, and to finally get the result and winning feeling was amazing."

Northampton Saints came from being 8-19 behind to register their first win in the Premiership since 30th September and Harrison hopes the victory will be a turnaround for the club in the coming weeks.

"In previous games we might have put our heads down and maybe not had the right bounce-back that we did this time," Harrison added. "Credit to the boys, they never gave in. It was an awesome result for us.

"It would have been quite easy to go missing there, but like I said, credit to the boys, they dug in deep.

"it took us to last minute, but they gave it everything. We spoke about the boys on the bench, the finishers coming on and upping the tempo, I think they did that brilliantly.

"When you go on a losing streak like that, it makes it more difficult. But we are lucky with the squad we've got - the boys are saying the right things at the right times."