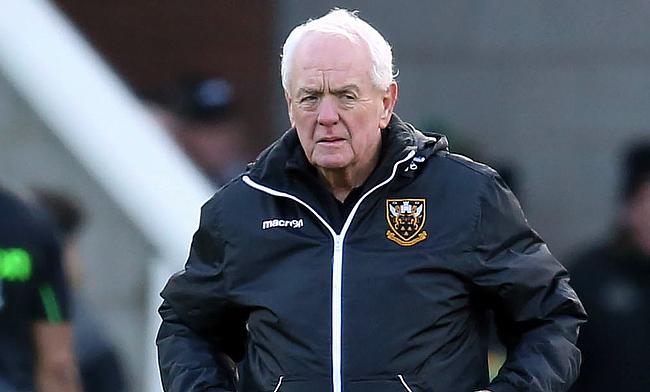 A last-minute penalty try proved crucial for Northampton Saints as they ended their seven-match Aviva Premiership losing streak with a 22-19 win over Gloucester Rugby at Franklin's Gardens on Saturday.

Saints had claimed just one win from their previous 13 games in all competitions, but they stuck to their task and denied Gloucester a chance of going second in the table.

Winger Ken Pisi got Northampton Saints off the mark with a 10th minute try following which Harry Mallinder's attempt of a conversion hit the post. In an eventful 14th minute, Api Ratuniyarawa was sin-binned for collapsing a maul and to make things worse for the home side, a penalty try was awarded to Gloucester.

Despite having a one-man advantage, Gloucester did not score but instead, it was Mallinder, who slotted a penalty in the 26th minute to help Northampton regain the lead.

But unsurprisingly, Saints visibly lacked confidence at times, and Gloucester punished them with a second try as they moved possession wide - the officials missed Williams holding back a covering defender - and Hanson crashed over from close range. A conversion from Owen Williams meant, Gloucester went into half time with a 8-14 lead.

Northampton suffered an injury setback after the restart as Luther Burrell left the field and it was the visitors, who found early momentum as former New Zealand prop John Afoa went past the line in the 52nd minute but Northampton was quick to respond as Nic Groom went past the line and the scoreline remained 15-19 in favour of the Cherry and Whites as the final five minutes kicked off.

Just like it looked all over for the home side, referee Ian Tempest awarded Saints an 80th-minute penalty try when Gloucester collapsed a maul, which was enough to secure a 22-19 victory.