Northampton woes continues as they suffer 50-21 defeat against Harlequins 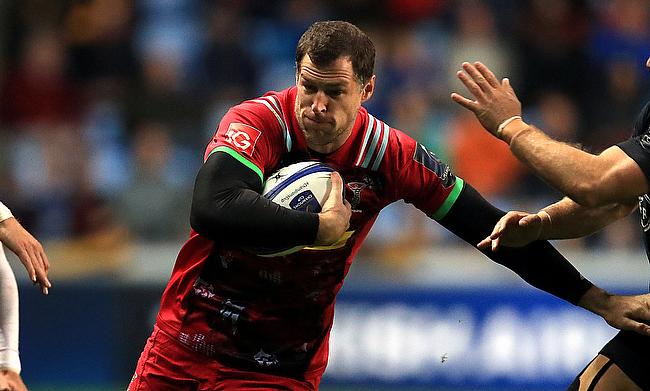 Tim Visser and Danny Care scored doubles as Harlequins came up with a seven-try performance to beat Northampton Saints 50-21 in their Aviva Premiership clash at Twickenham Stoop.

This was Northampton's 11th successive defeat in major competitions.

Alan Gaffney takes over at Franklin's Gardens on New Year's Day, assuming temporary charge in the wake of Jim Mallinder's sacking, and on this dismal evidence the club's problems are deeply rooted.

On an afternoon of dreadful performances, it was England captain Dylan Hartley who was possibly most disappointing after missing five missed tackles in front of Eddie Jones.

Star billing at 'Big Game 10' was taken by Harlequins' teenage fly-half Marcus Smith, who was at the fulcrum of his team's finest moments to the point he was involved in all but two of their seven tries.

Scrum-half Danny Care and wing Tim Visser helped themselves to two tries each, but touch downs were easy currency against opponents who were willing victims.

Right from the start Quins generated momentum only to be hampered by knock-ons by Kyle Sinckler and Mike Brown, who then had to execute a try-saving tackle on Luther Burrell.

Northampton's defence was already splintering and in the 11th minute it cracked, quick hands from Smith, Care and Sinckler enabling Dave Ward to gallop through a giant hole in midfield and across the line.

Smith's influence on the match was growing and after landing a penalty the 18-year-old orchestrated Quins' second try.

A chip and chase created space and following a smart run Jamie Roberts was found plotting a smart line that ended with Charlie Walker strolling over.

It was Smith's quick thinking that offered Visser a simple run-in in the 21st minute, the teenager spotting yet more space in Saints' defence after Ward had won a turnover.

With 10 minutes of the first-half remaining, Harlequins secured the bonus point in a try that will haunt Hartley who fell off a tackle on the diminutive Care and the scrum-half easily touched down from close range.

Northampton's half-time team talk failed to have the desired effect as Visser strolled over for his second, the superb Smith again heavily involved.

Rob Horne scooped up a loose ball after a rare Saints attack had broken down, darting across the whitewash from close-range while James Chisholm was in the sin-bin.

And Northampton plundered a second try in Chisholm's absence when Nic Groom burrowed over, but the fightback was short lived as Care grabbed his second after Ben Foden was turned over by Chris Robshaw.

A scrum provided the platform for Quins to cross through number eight Mat Luamanu, but Saints had the final say from Mikey Haywood.