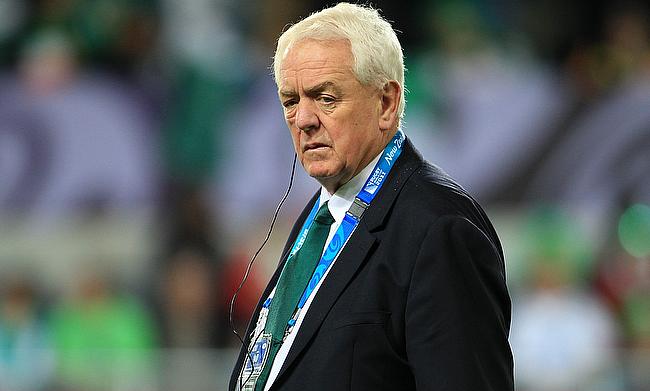 Northampton Saints have confirmed the appointment of Alan Gaffney as interim technical coaching consultant of the Aviva Premiership club.

The decision follows after the Saints sacked their director of rugby Jim Mallinder earlier this month.

Gaffney will remain with the Franklin's Gardens outfit until the end of the ongoing season and will shift from his role National Elite Programmes coach of Australia.

The 70-year-old has also worked with Saracens previously as rugby director between 2006 and 2008 and guided Ireland to Grand Slam in 2009 when he was the back coach. Gaffney also guided Leinster to the Heineken Cup title in the same year.

"We are delighted to have recruited Alan as our technical coaching consultant until the end of the season," said Northampton chief executive Mark Darbon.

"Alan is hugely experienced and admired throughout the game for being a forward thinking, innovative rugby coach. His CV speaks for itself; he has been successful with some of the best teams in the world - including winning a Six Nations Grand Slam and Heineken Cup - and has a clear understanding of how to set-up an effective all-around rugby team. He also has a proven track record of developing some of the world's best coaches and players.

"Alan will take on responsibility for the rugby department and will lead the existing coaching group made up of Alan Dickens, Dorian West, Mark Hopley and Phil Dowson.

"In parallel, the board will continue to focus on the recruitment of a permanent director of rugby to be in place for the start of the 2018/19 season. As I have said previously, there has been a great deal of interest in this vacancy and we hope to be able to announce this appointment in the coming months."