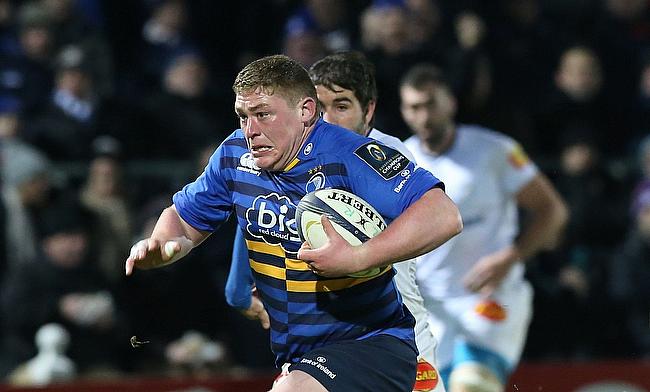 Ireland international Tadhg Furlong admitted that Leinster will face an uphill task when they face defending champions Exeter Chiefs at Sandy Park in the quarter-final of the Heineken Champions Cup on Saturday.

Leinster have been in prolific form after recently completing their fourth consecutive win in Pro14 and now are aiming to clinch their fifth European Champions Cup title. With their fixture against Toulon in the round-of-16 clash last weekend cancelled due to a positive case of Covid-19 in the French club's squad, they now have progressed to the quarter-finals facing an in-form Exeter Chiefs.

Rob Baxter's men have the home advantage to play with and more importantly they now know to win big tournaments like seen in the last season when they completed a double of Premiership and Champions Cup. They managed to overcome a 0-14 deficit against Lyon in their round-of-16 clash to go on to win the encounter 47-25 and Furlong is wary of the task ahead.

“Obviously Sandy Park is a fortress for them, we have a big task on our hands at the weekend,” said the 28-year-old.

“They have been competing hard for a number of years, it clicked for them last year and they are going well again this year.

“You saw it against Lyon, they went down two tries early and just kept at it – they just keep rolling and there is a sense of inevitability – there was no panic – that show their confidence in their process and what they can deliver.

“They are no different to us when they get that kind of five metres out from the line, those pick and drives and to be fair to them they are probably the originals at it and they do it so effectively, mauling into their pick-and-go game.

“You feel there is an inevitability about them getting in.

“Once you’ve tasted success it can go either way for teams, some lay back on their laurels and expect it to happen and forget all the hurt they’ve had over the years.

“Or it goes the other way they get pent up and want it so much that they go back and attack it again – I certainly think Exeter are the latter.”

The 28-year-old also opined that the additional week of rest due to the cancelled fixture against Toulon will benefit the players heading into the clash against Exeter.

“I suppose from a body point of view it won’t have done us any harm,” he said.

“From a team perspective would an extra hit out have done us well? We don’t know.

"Some lads were very disappointed not to play but my view is that it will probably be good for us.”

The two teams last met in the Champions Cup during the 2017/18 season when Leinster registered victories with 18-8 and 22-17 margins.