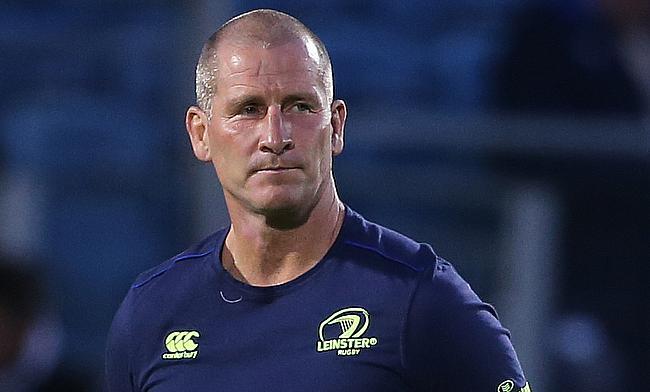 TRU's Team of the Six Nations 2021 and Verdict
Match Centre: Leinster 16-6 Munster
Fixtures for opening three rounds of Rainbow Cup unveiled
“They have to turn the page on our era”: Quinlan urges Munster to take PRO14 final to Leinster

There has hardly been any time at all for Leinster to reflect on their PRO14 Grand Final win.

Beating Munster 16-6 at the RDS Arena, the Dubliners have won the first piece of silverware on offer to them this season, and they are also looking to add both Champions Cup and Rainbow Cup crowns to their collection.

That campaign resumes this weekend as the RDS hosts both the men in blue and three-time European Champions, Toulon. Having met on four occasions previously, Leinster have never beaten the Frenchmen.

The last of those encounters came in December 2015, Toulon edging the tie 20-16. However, it is a very different cast of characters that the Top 14 club will be bringing to Ireland and they are coming into the tie off the back of a heavy 54-16 loss at the hands of Lyon.

Toulon’s headline makers come in the form of Ma’a Nonu, Isaia Toeava, Eben Etzebeth, Sergio Parisse and Facundo Isa, but the side is largely buoyed by their French internationals. Louis Carbonel has made each of his kicks in the tournament so far, whilst Baptise Serin and Charles Ollivon have become established leaders for Fabien Galthie.

“It is a very different challenge this week,” Leinster's senior coach Stuart Lancaster said. “Toulon are a very big, very powerful team. They will play a very expansive style, more like Toulouse really so we need to be at our very best defensively, so a big mindset that we need to get right.

“If we give their powerful ball carriers, both backs and forwards, time and space to move, then it is going to be a very difficult day. In terms of attack, we left one or two opportunities out there, so the focus will be on improving our execution really.

“We felt that we were good in patches against Munster, but we definitely could have converted some of those opportunities that we created, particularly in the first half and that extra week that we have had together on the back of the Ireland players returning will be useful.

“It is a massive game for us, a huge game and we are massively respectful of Toulon. The club are three-time European Champions, and we need to make sure that we are at our best.”

Leinster will be without Ireland internationals Garry Ringrose, James Ryan and Will Connors for Friday's clash, whilst Johnny Sexton may be unavailable if he doesn’t pass Graduated Return to Play Protocols. Fellow fly-half Ross Byrne will also require an assessment on a knock he sustained during last weekend's PRO14 triumph.

One of the men to have slipped seamlessly back into his provincial set-up, though, is full-back Hugo Keenan. Still only 24-years-old, the Blackrock College alumni and former Ireland 7s man has established himself in a green jersey over the past six months in both the Autumn Nations Cup and the Six Nations.

Having been an academy player when Leinster last took on Toulon, the past is very much that for this new class of Leinster stars. Making 55 metres with ball in hand at the weekend, Keenan says he has been taking his time in the Ireland team week by week.

All eyes on @RCTofficiel this Friday ??

“It has been tricky," Keenan said. "I have just been taking it game on game and coming in at autumn, it was all about trying to get into the squad firstly and then when I got my debut, it was my first taste of it and when you get to put on that green jersey, you just want to keep doing it.

“I got a bit of luck to get there, but then it is about taking that chance and staying in the team and I have been lucky enough to stay in and it has been enjoyable. It obviously has its ups and downs with those two disappointing losses recently to France and Wales.

“International rugby is great, and we are lucky to be playing at the moment and, I suppose I still want to stay in the team until fans are back because that is the big one really, isn’t it?”

Lifting the PRO14 trophy on Saturday afternoon, Leinster have a somewhat unattractive six-day turnaround between that game and the Round of 16 clash early on Friday evening.

Regardless, it is a fantastic start to an Easter weekend packed to the brim of top-quality action, with the Women’s Six Nations, Champions Cup and Challenge Cup all on show.