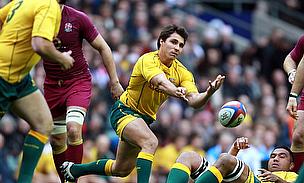 Super Rugby Round 6 XV: Dan's Back
Super 15 Rugby Fantasy guide to Round 5
Super 15 Rugby produces unpredictable margins - is this good news for tipsters?
Super Rugby analysis - what does 34% mean to rugby fans?

Super Rugby Round 7 featured some great individual performances, but who were the best players in the round? Thanks to statistics from fantasy rugby website www.testrugby.com, here is the Super Rugby Round 7 Team of the Round - Form XV. Who would you pick?

Players get rewarded in the statistics for a range of achievements including tries, assists, go forwards, tackles, turnovers etc. In Super Rugby Round 7 Team of the Round Form XV, there were several try scorers, including some like Waisake Naholo and Heinrich Brussouw who scored two tries each.

Overall, the best player in Super Rugby Round 7 was Cheetahs loose forward Heinrich Brussouw who was impressive for the Cheetahs against the Chiefs. It is a mystery to most people how he is out of favour with Springboks selectors. His impact was so obvious, that when he was yellow carded, the Cheetahs conceded two tries.

Other great players in Round 7 included Rebels lock Luke Jones, who according to statistical definitions from www.testrugby.com scored 500 points from 15 go-forwards and 12 tackles among other things.

It is interesting to see that all of the tight forwards were from the Hurricanes vs Rebels game, while all the loose forwards were in the Chiefs vs Cheetahs game.

Remember that there were some international stars being rested or injured, while next weekend the Highlanders, Waratahs and Force have the bye, so some of the players in this team won't be playing.

Reg Goodes from the Hurricanes has been playing well given that usually the best frontrowers in fantasy rugby are usually hookers, not props. Some of the players in this team are bargains like Waisake Naholo and Reg Goodes.

Super Rugby Round 7 Team of the Round by country

Republished with permission of www.testrugby.com