Super Rugby analysis - what does 34% mean to rugby fans? 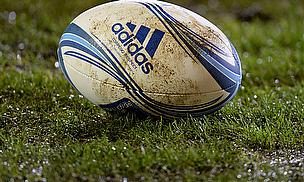 What does 34% mean to rugby fans?
©Press Association

A very good weekend for Rugby Union Fans in the Northern and Southern Hemispheres; great games, sublime skills and a few surprises.

As rugby tipsters prepare for next weekend we asked Scott Donaldson to review Super Rugby’s round 3 and look forward to round 4.

Super 15 Rugby returned to normality in Round 3 with only one upset (the Bulls beating the Sharks), other than that, all results went according to schedule, although the margins were unpredictable.

Things are settling down in Super Rugby now that the early upsets from Round 1 are over. According to SuperBru, only 34 per cent of fans picked the Bulls to beat the Sharks in Pretoria, which again proved to be the thorn in the side of many tipsters (including Super Rugby Tips) who were destined to get a Grand Slam Bonus point for picking all of the winners, until the Bulls just won.

Interestingly, this is the second week in a row that Bulls have cost tipsters dearly, with TMO decisions being crucial in the Bulls losing to the Hurricanes in Round 2, and beating the Sharks in Round 3.

The margins were also tricky in Super Rugby Round 3, with the Brumbies and Stormers expected to win comfortably on the road, but both only won by narrow margins of five and three points.

Conversely, the Chiefs and Hurricanes were expected to win narrowly, in tight matches, but both won easily with margins of 24 and 29 points respectively.

Overall the average winning margin for Round 3 was 11 points and there were four matches where the losing team was rewarded with a bonus point for finishing within seven points.

There were also four out of seven games won by the home team for the second week in a row.

The form of teams is getting easier to get a gauge on and there are some changes in Super Rugby 2015.

It is interesting to see previous conference winners the Sharks, Crusaders and Waratahs with only one win each, (the Waratahs have had a bye).

It will be interesting to see if these teams improve as the season progesses, but alarm bells must be ringing especially in Durban since the Sharks have a favourable early draw with home games, yet they only have one win.

For those playing in tipping competitions like SuperBru, it is intriguing how picking six out of seven wins in Round 1 would have put you at the top of the table overall, with all of the upsets, but now that things have settled down, six out of seven wins was a solid round, but nothing special since it is all relative to other tipsters, and most other tipsters did well this weekend.

Should we be worried about the Sharks, Crusaders and Waratahs?

Are the Hurricanes, Chiefs, Brumbies and Stormers the real deal?