Super 15 Rugby Fantasy guide to Round 5 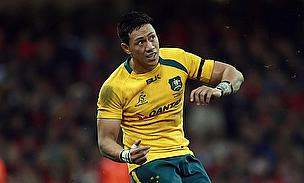 The weekend is fast approaching so get those footy tips in. The focus returns to Six Nations Rugby and Super Rugby. There is none better than Scott Donaldson to set the weekend up and provide that analysis.

For Super Rugby fans, the competition is getting warmed up with four rounds giving tipsters an opportunity to get a gauge on the form horses for 2015.

Super 15 Rugby Round 1 2015 left a lot of people red faced with most tipsters picking between two and three winners out of seven games. That is right. If you picked over fifty percent of winners, then you did well. Fast forward to Round 4 where there were only two upsets and despite some unpredictable margins, most tipsters scored at least 50 percent for the round.

The average winning margin in Super Rugby Round 4 was 11.8 points while 12 has been the most popular winning margin, happening four times. The overall average winning margin is 11.6 points.
Less than 50 percent of games have been won by the home team in 2015 with only 11 home wins from 27 games. This is well below the 71 percent of wins for home teams in 2014. Winning away from home has been very common, making a default option of a home win not as safe as in 2014. Mind you, there are plenty of games left to change that!

This is an excerpt from The Ultimate Rugby Tipping Guide 2015 is available for only $4 for a limited time only.

Super Rugby Round 5 sees the return of three teams from the bye, while the Bulls have a bye this week, so get rid of Handre Pollard, so managers of fantasy rugby games need to be careful. The Hurricanes, Crusaders and Rebels who have some popular players in them, meaning that fantasy rugby managers need to buy them now. You also need to conserve those trades, so plan ahead as you only get limited trades, in www.testrugby.com for example, you get 18 trades in Round 6 (the lock of Round 5). It is advisable to only trade players who are not playing in an attempt to avoid running out of trades. Another good option is selecting players (especially the goalkicker and Number Eight who will be playing against the Cheetahs) as they usually score well. Handre Pollard was great last week, although he has the bye this week.

Round 5 is full of some great matches, including a top of the table clash between the Stormers and Chiefs, while there are two games which are repeated from Round 1 with the Reds vs Brumbies and Cheetahs vs Sharks playing, that is crazy given that it is only Round 5! There are two Australian derbies, a repeat of the very first game of Super Rugby between the Hurricanes and Blues in Palmerston North 20 years later, the Crusaders host the Lions, while the Waratahs play the Highlanders in Dunedin.

We are also naming players to watch for those playing fantasy rugby like TestRugby or join the Super Rugby Tips conference at SuperBru. It is difficult to afford a team if playing salary cap fantasy rugby, so you may have to buy bargains, but there are enough new players in Super Rugby 2015 to give you some options. 2015 seems tough to fill a squad without going over budget. The key is to sell players who have the bye straight away and buy them back early. The Bulls have the bye in Round 5, while in Round 6 you will need to get rid of your Stormers, Blues and Reds.

This match is a replay of the very first Super Rugby game in 1996 between the Hurricanes and the Blues in 1996 in Palmerston North. So much has changed since then with the uniforms, matchday squad sizes and of course, the players seem to be bigger, faster and stronger these days, but is rugby as exciting now as it was 20 years ago? I loved the early days of Super Rugby. That game ended in a win for the Blues 36-28, who were the first champions of Super 12 Rugby. Plenty has changed since then! Do the Blues need a new coach to replace John Kirwan?

In 2015, the Blues haven’t won a game and the Hurricanes haven’t lost a game and so the home team is hot favourite to win this match. To make matters worse for the Blues, Jerome Kaino is injured for this game and he is one of the best fantasy rugby players in Super 15 Rugby 2015. This is also tough for managers who are running out of trades!

The Hurricanes have included some exciting young outside backs in Nehe Milner-Skudder and Matt Proctor to add to their star studded backline. The main thing stopping the Hurricanes is getting complacent and expecting to just be able to show up and win. The problem is that they may face a Blues backlash after a terrible week following their loss to the Lions.

Despite the Blues erratic form in the last few seasons, they have a good record against the Hurricanes, although the Hurricanes of 2015 haven’t shown that soft underbelly upfront so far, but despite having three away games so far this season, the Lions, Bulls and Force aren’t the top teams.

These two teams are struggling after both made great starts in Round 1. Reality has set in since then for both teams, although they both haven’t necessarily been beaten by too many points in recent matches against the Brumbies.

This game is only for the diehard fans with not much of a spectacle expected between these two teams, the Force have the second worst for and against and so they will need to rectify this.

The Rebels are sitting in ninth place ahead of the Force who are sitting in 12th spot. The Force will have to improve after their heavy home defeat at the hands of the Hurricanes in Round 3.

There are some impressive fantasy rugby players with Mike Harris a rare goalkicking midfield back, while Pat Leafa is great value for money for the Rebels. For the Force, lock Steve Mafi had a magnificent round last week and is a bargain. Nick Cummins, Ben McCalman and Nathan Charles are also good value.

Both of these teams have struggled in 2015 and sit in the bottom half of the table, with only one win each. Amazingly the Crusaders sit in 14th spot, three spots below the 11th placed Lions. The Lions are coming off an unexpected win over the Blues and will catch the Crusaders coming off the bye which can often be a good thing as teams may be a bit slow out of the starting blocks. The Crusaders will need to avoid complacency, but given that their last game was a thrashing at the hands of the Chiefs, then they have nothing to be complacent about. They may welcome back Dan Carter, but it is hard to know if he will be a help or hindrance, with Colin Slade playing well in the Number 10 jersey.

The Lions have a combative forward pack, but the Crusaders should have too much experience to win this match at home. The Crusaders welcome back superstars like Kieran Read, Owen Franks, Dan Carter, Sam Whitelock and Nemani Nadolo to give them an edge, so unless they are a little rusty, expect a comfortable win for the hosts. The only dilemma is who will be kicking goals as both Slade and Carter are starting as part of a star studded team.

For players of fantasy rugby games, the Crusaders have two very winnable home games against the Lions and Cheetahs, the only problem is knowing if Colin Slade or Dan Carter will be kicking goals! This game should be high scoring based on history and the fact that it is a day game.

Both teams are coming off morale boosting away wins. It will be interesting to see how tired the Highlanders are after losing territory and possession to the Chiefs, but still somehow beating them.

The Waratahs easily accounted for the Reds away and look to be slowly getting back into form which is ominious for the southern men. Both of these teams have gamebreakers, but the area where the southern men used to excel (upfront) could be the achilles heel this season, especially against the strong Waratahs pack. Conditions at Forsyth Barr Stadium in Dunedin will suit some open and attractive rugby.

The Waratahs will be tough to beat after their initially slow start to the season and should be too strong for the Highlanders who will need to get lucky close to St Patrick’s Day! Can Tatafu Polota-Nau have such a bad fantasy rugby game two weeks in a row?

The Reds started the season poorly, but have shown enough in recent rounds to suggest that they will be tricky for the Brumbies in this local derby. They will be looking to avoid the same fate that they succumbed to in Round 1 and last weekend when they lost comfortably.

The Brumbies started the season emphatically by beating the Reds by nearly 50 points. Their matches have been much closer since, making hard work of games they were predicted to win comfortably.

This game should be tight with such an intense rivalry. Our pick is the Brumbies to sneak an away victory, but only just.

The Brumbies should win, but it will be a closer game than both the Round 1 clash and the Reds vs Waratahs last week.

These two teams had contrasting fortunes in Super Rugby Round 4, with the Stormers thrashing the Sharks, while the Chiefs did everything but beat the Highlanders. Who would have thought that this game would be the match of the round? But it is! The Chiefs are the top New Zealand team (they have played one more game than the Highlanders and Hurricanes), while the Stormers are the top South African team making this a mouth-watering contest.

Can the home ground get the Stormers home? It is a tough one to pick with the Stormers having the form, but Chiefs have a reputation for being one of the best teams in the competition.

Both of these teams have some power in their forward packs, but the Stormers should win the battle upfront. The Chiefs have been given a long flight to stew over their unfortunate loss to the Highlanders last week and the Stormers could face a backlash. They have some real firepower in the backs.

The Stormers is one of the teams with the bye next week, so don’t purchase their players despite the good form of the those listed below.

Players to watch: (neither team has been named yet)

Both of these teams are coming off Round 4 losses, with the Cheetahs losing to the Bulls, while the Sharks were humbled by the Stormers. Expect a relatively high scoring game with these two teams having the worst defence in the competition, both conceding on average around 30 points per game.

The Cheetahs have an amazing knack of being in high scoring games after a 35-29 win in Round 1 over the Sharks and a narrow win over the Blues. It is still hard to know what has gone wrong with the Sharks in 2015 given that they have been the top South African team in recent seasons.

This game is must win for the Sharks if they are to stay in touch with the leaders and have a shot at retaining their South African conference title. It will be interesting to see if the Sharks valuable players from overseas can make more impact this week. Meanwhile, the Cheetahs welcome back Heinrich Brussouw off the bench.

Whenever the Cheetahs play, there are great opportunities for fantasy rugby points. The man with the great name Boom Prinsloo starts and good be great fantasy rugby value along with Joe Pietersen, Jean Cook, Cornal Hendricks and Willie Le Roux.

The Sharks are yet to be named but Marcell Coetzee, Pieter-Steph du Toit, Patrick Lambie Bismarck du Plessis and Ryan Kankowski are good players who might flourish against the Cheetahs.

Who are you picking to win Super Rugby Round 5 matches?