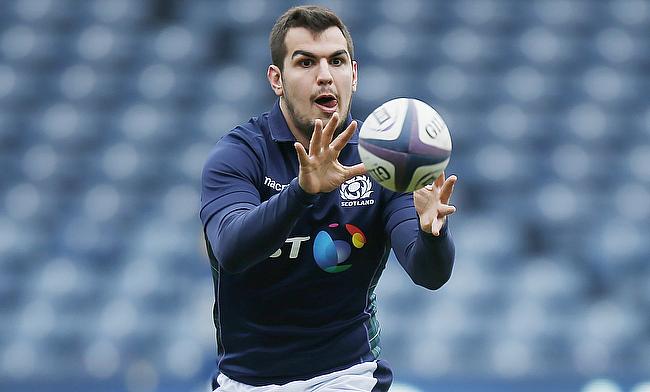 Stuart McInally will start for Scotland against Japan
©Press Association

McInally, initially started his career at number eight and later made a transformation to hooker in 2013 following which he was sent out on loan to Bristol from Edinburgh.

After making his Scotland debut in August 2015, McInally was initially named in the 31-man World Cup squad but was later withdrawn following a neck injury.

The 25-year-old is set to make his second start for Scotland in the first Test against Japan on Saturday replacing injured Ross Ford and Humphreys was full of appreciation for McInally.

"His progress has been phenomenal," said Humphreys. "I came to Scotland three years go and the decision had already been made to move him to hooker.

"It was a massive decision for a boy who was knocking on the door as an international back row in his own right and playing every week.

"To make that change was a huge step. I have been fortunate to see him progress from a rainy wet Saturday afternoon in Stirling when he played his first game in his new position.

"I don't think it is something that just anybody can do. You have to be a certain type of person. I don't think you can underestimate what he has done."

McInally said he was frustrated at missing out on the 2015 World Cup with a neck injury and is hoping to take confidence from the Six Nations tournament which happened earlier in the year.

"It is going to be a very exciting day for me. It was very frustrating to miss the World Cup in the manner it happened, with the injury coming so late.

"I am just glad I managed to recover from it and then take a lot of confidence from being involved during the Six Nations. Coming into this game I feel settled and ready to start.

"I was certainly very hungry to get back involved and made sure during the four months I was off I would come back a better player.

"I worked a lot on my neck strength and it is a lot stronger than it was before the World Cup. It certainly made me desperate to get back involved."

Japan will be without two of their star players as Michael Leitch and Ayumu Goromaru are ruled out of the series against Scotland with dislocated thumb and shoulder injuries respectively.

Humphreys believes the upcoming series against the Brave Blossoms will be a challenging one for Scotland despite Japan missing out on a couple of key players.

"The impressive thing about Japan is the quality they are producing. There are a few missing but the boys coming in seem equally adept.

"They are playing the same game and are producing the same threats. We are well aware of how this game is going to go and how it is going to be - a very, very tight affair.

The last time both the teams met was during the World Cup encounter in 2015 which Scotland won by 45-10.