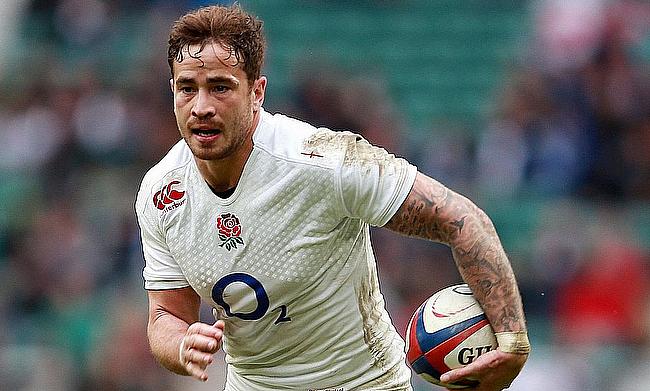 On Thursday, Bath Rugby announced the signing of Danny Cipriani on an extended one-year contract.

The England international is set to join in May and is the statement signing to replace current No.10 Rhys Priestland, who is moving to Cardiff Blues in the summer.

Bath Director of Rugby Stuart Hooper has spoken highly of the new acquisition, expecting Cipriani to become a key figure at the Rec whilst creating a lasting legacy for young talent.

Hooper said: “He’s been on our radar for a long time. He’s very diligent and looks after himself.

“A very big part of what we’re doing is developing our own players. We want to develop that homegrown pool of talent.

“Whenever we bring somebody into the club in a key position, number 10 being one of them, I always see a part of their role is a ‘legacy effect’, how can they make the people around them better?

Orlando Bailey has been highlighted as one of Bath’s hot youth prospects and has been hoping to break into the first team under the careful guise of current mentor Priestland.

With the Welshman leaving in the summer, Hooper sees Cipriani as the perfect replacement to take on the responsibility and help Bailey reach the next level in his career.

He said: “A key part of anybody’s development is having a mentor. From a personal experience, the guys who helped me when I first became a professional - Danny Grewcock and Richard Hill at Sarries - had a huge impact on my career on and off the field.

“Orlando is a strong, young man. He is tremendously driven, very conscientious, a good professional, a genuine Bath man - Rhys Priestland has done a brilliant job with him already.

“To have somebody else lined up for next year is the next step for Landy and he’ll be keen to learn as much as he can.”

Although excited about the new statement signing and seeing an old friend join the ranks, club captain Charlie Ewels remains focused on the season at hand.

Ewels attributes much of what he has learned as a player from his time away with Cipriani as part of the England Saxons team in 2016 and believes his former teammate will not only be a great fit for his club, but will help improve what is an already sharp Bath back line.

He said: “It’s a good statement. We all love working with Rhys. We want to push to the end of the season with Rhys, and we’ve got Landy coming through.

“Cipriani is the next guy coming in who’ll be the next step on that. He’s got different skills to Rhys, so he’ll have some new ideas around the attack.

“I went on the Saxons tour in 2016 with him, so I know a little bit of what he’s about and I like how he attacks, I like how he sees things, I like how he puts detail onto the attack. A lot of us know him, a lot of us have played with or against him so it will be exciting to work with him.”

Bath have faired well in recent fixtures, but despite the effectiveness of the current tactical blueprint, Hooper says he is open to adapting his style to bring the best out of their new signing next season.

The Director of Rugby admits he is always looking to improve the squad, and Cipriani will play his own part in its evolution.

He said: “Any time we go through an iteration of the squad, we want it to be better. We want to improve so with Danny coming in, no doubt there will be small changes to what we do.

“Essentially, particularly over the last few weeks, we’ve been very successful with our attack – the number of tries we’ve scored, the number of line-breaks we’ve made – we want to add to that. We have a dominant forward pack who we will continue to drive to deliver.

“We also have a very dangerous back line who have been scoring tries from transition so we want to continually work on that transition, then Danny will come in and we believe he’ll add to what we’re doing already.”

Cipriani left Gloucester on mutual terms back in December last year, making only one appearance in the Premiership in 2020/21.

Eyebrows have been raised over his lack of rugby so far this season, but Hooper is confident in the plan to get him back to full fitness.

According to the Bath boss, Cipriani is not expected to have an instant on-field impact when he joins the club in May and will instead be part of preparations for next season.

He said: “Danny has got some great mentors and some great coaches working with him and his time away from the game I’m sure will refresh him.

“I’m not expecting him to be ready to go straight away. The primary focus is on next season and making sure we’ve got everything in place to start next season well.

“Anything around the back end of this season is about him having an opportunity to integrate with the squad so that we don’t have that first day of pre-season where everything is new.”

Im very excited to join the team @BathRugby - grateful for the opportunity to play the game that has allowed me so many amazing experiences! Joining such a talented squad is one I’m very much looking forward to ? https://t.co/hTCn95gFnt

For now, the next test for Bath is a clash against London Irish at the Brentford Community Stadium.

Current number 10 Preistland will be out for the next few games after he suffered a soft tissue injury in his hamstring after a knock in the 47-22 win over Worcester on Saturday.

Hooper sees London Irish as the first step towards a strong finish to the season and has set his sights on the top four.

He said: “Most of our squad is back on deck now and pretty healthy so I think we’re in a good position now to go week-to-week.