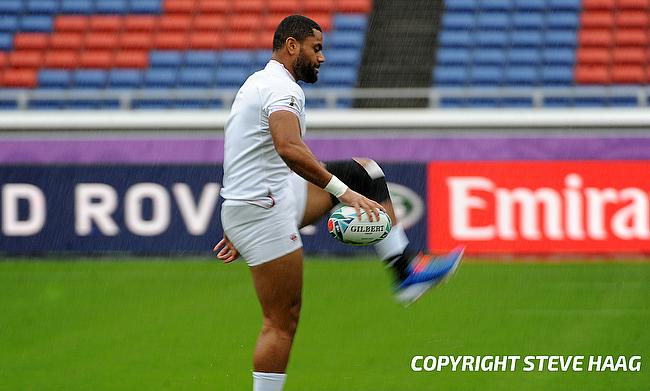 Bath Rugby have confirmed that England international Joe Cokanasiga has signed a contract extension with the Gallagher Premiership club at least until the end of the 2022/23 season.

Cokanasiga, a product of the London Irish Academy, made his senior debut for the Exiles in 2017 and played in 16 Premiership games for them before heading to the Recreation Ground in 2018.

“I’ve definitely improved a lot, matured a lot; I feel like a different player,” Cokanasiga told the official website of the club.

“That’s a credit to the staff and the players that I’ve been around.

“We’ve got a young group coming up, something is building nicely here and I want to be part of it. It’s exciting.

“I’m really happy. I think what we’re setting up here is exciting and I can’t wait to see what we can achieve.”

The 23-year-old made his Bath debut in the 2018/19 season and has gone to make 28 appearances for the club scoring 10 tries. He also featured in 16 Premiership games for them scoring four tries in it.

Having represented England Under 20 in 2017, the 6ft 3in wing was called up by Eddie Jones to the Test squad during the 2017 tour of Argentina with his first game for the red rose team coming against Japan during the November series in 2018. Overall, he has played nine Tests for England including a solitary appearance in the 2019 World Cup in which they finished runners up.

"Joe is an exceptional young man, both on and off the field," said director of rugby Stuart Hooper.

“He’s constantly looking to find ways to improve his game and is a hugely popular member of our squad. His physicality and ability to offload through the tackle make him hard work to play against - and an exciting player to watch!

“Joe is an integral part of our plans, and at 23, he's at the start of what we believe will be a hugely successful career both here at Bath and with England.

“I’m so pleased he’s chosen to stay with Bath for the next few years. He joins an exciting group of players who are committed to the Blue, Black and White over the coming seasons.”

Bath currently are at seventh place in the Gallagher Premiership table with seven wins from 14 matches and will face London Irish next in the 15th round at Community Stadium on 27th March.