by Will Sherrington  Friday 2 April 2021 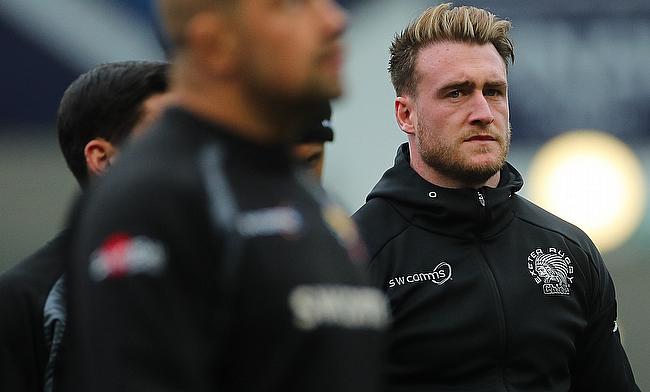 The Six Nations came to a close last weekend with a dramatic 26-23 victory for Stuart Hogg’s Scotland against France.

Before the match, the full-back was irked by comments made by the French camp, which suggested they were playing for the trophy and would look to beat Scotland by 21 points.

Hogg took the statements personally and used them to add fuel to the fire in their spectacular victory which ultimately saw Scotland as spoilers and Wales as champions of the Six Nations.

Hogg said: “Last week, the quote was that I was “hacked off”. There was a number of different things. Obviously, the initial game being called off, we wanted the French to be safe and well.

“But after that, what was coming out of their camp and what was being written in the media was really quite disappointing, and as a proud Scotsman, it hurt me deep down.

After the Scottish triumph, all eyes turn to Hogg’s club side Exeter, as he returns to face French outfit Lyon this weekend in the Champions Cup Round of 16.

The fixture is a must-win for the Chiefs as they chase back-to-back European titles, having never won the competition before lifting the trophy for the first time last season.

Doubts were cast over the viability of the tournament this year due to the risk to public health amid the Covid-19 pandemic, but the EPCR gave the competition the green light in February with a revised knockout format.

For Exeter, the initial disruption affected the defence of their European crown because after beating Glasgow Warriors in their opening game, their three other matches were cancelled due to Covid-19 restrictions.

In a press conference on Wednesday, Hogg put Scotland's Six Nations campaign behind him to fully focus on the task at hand with Exeter. He seemed driven in his endeavours to retain the European title this year.

He said: “I think it’s absolutely tremendous that Europe is going ahead and we’re in a position to progress in this tournament.

“We’ve only played one game and some other clubs have played two, we might feel hard done by, but again, we’re not in control of anything like that.

“We just have to knuckle down and make sure we get on with our job and give ourselves an opportunity to progress in this tournament.

“It’s Exeter against Lyon and that’s all that really matters. We achieved something extra special last year and we want to do the exact same again this year, so it all starts on Saturday evening.”

With Exeter resting a whole host of stars for their Gallagher Premiership clash with Gloucester last week, the importance of success in the Champions Cup is clearly high on the club’s agenda.

Hogg is prepared for a hard battle in the tournament but insists that any pressure to succeed in the competition is from the players’ own expectations. He was quick to add that diligent preparation has been done so the Chiefs have a comprehensive plan to get past Pierre Mignoni’s Lyon.

He said: “The only pressure that is applied to us is through ourselves. We know fine well what we can do. Last year was one thing, the ability to back it up is another.

“We’re very much looking forward to the challenge that is coming our way. Look, it is not going to come easy. Every single team is going to be coming for us.

“We need to win at the weekend to give ourselves every opportunity so we’re not looking too far ahead.

“[Lyon] are a quality side and have some world-class individuals. They’re playing really well as a team as well.

A memorable final at Ashton Gate in October last year when the Chiefs triumphed over Parisian side Racing 92 will surely be at the front of Exeter minds as they head into the weekend.

Back-to-back European trophies is the aim for the current champions and Hogg believes that last year’s journey will be invaluable in their efforts to retain the trophy.

The moment @ExeterChiefs have been working so hard for and waiting so long for ??

He said: “It gave us valuable experience. A lot of boys hadn’t been involved in knockout rugby in Europe. I believe the club had only been to the quarter-finals once beforehand.

“We really have to make the most out of every opportunity we get and just be clinical in everything that we’re doing and with the experience we had [last year] with no crowds, it will be very similar in the build-up to this season’s final.

“[Winning the Champions Cup again this season] would mean the world to me. The reason that I came down to this club was to better myself on and off the field, and I believe I’m doing that currently.

“It just so happens that I’m involved in the best team in Europe at the minute and we truly believe that we can achieve something even more memorable.”

As focused on the Champions Cup as he may be, Hogg will hope to go from Lyon to the British and Irish Lions tour in the summer with much talk about how well he has performed for Scotland.

Hogg has dismissed such speculation and has assured he and his teammates are putting Exeter’s European success before their own Lions aspirations.

He said: “It’s the biggest accolade you can have as a professional rugby player. The fact that it’s going ahead is unbelievable.

“I know fine well that a few of our boys in the Scotland team will be looking for higher accolades and I know that, especially here in the Chiefs, there are a few boys chasing it as well, but for us, our focus is solely on making sure we progress in Europe this weekend.”