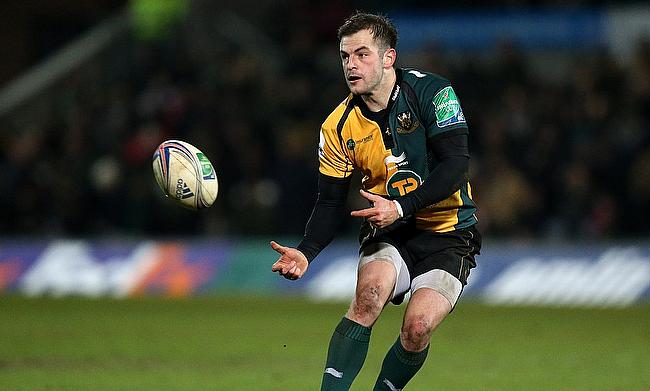 Stephen Myler excelled with the boot for Northampton
©PA

Worcester Warriors' unbeaten streak at home this season finally came to an end as Stephen Myler helped Northampton Saints come from behind and register a thrilling one-point victory at Sixways on Friday.

Worcester Warriors fly-half Jamie Shillcock and his counterpart Myler exchanged penalties in the first eight minutes following which wing Dean Hammond scored the opening try for the home team in the 10th minute. Shillock's conversion took them to a seven-point lead.

However, Myler's double conversion helped Northampton Saints cover some ground as they ended the first half trailing by one point.

The second half started horribly wrong for Worcester Warriors as their centre Ryan Mills was sin-binned during which Myler kicked his fourth penalty to take Northampton Saints to lead for the first time.

Myler's successful kicks in the 50th and 74th minute took Northampton Saints to an eight-point lead and they looked comfortable as the as the game was nearing the full time but flanker Calum Clark was yellow-carded for tackling a Worcester Warriors player off the ball during which replacement Bryce Heem strolled across the post and Shillock's conversion almost snatched the victory from the visitors but fell short by one point.

This was Northampton Saints' fourth win which took them to the sixth place in the table while Worcester Warriors are languishing at the 11th place.

Northampton director of rugby Jim Mallinder was delighted to have secured the win but felt there is a lot of scope for improvement.

"We've got 12 players on international duty and it's a different type of team but we still have plenty of experience.

"However, we are not playing as well as we can but winning is important and winning away is massive.

"We didn't start well as we conceded an easy early try but we controlled the middle period well with some sensible kicking and good defence."