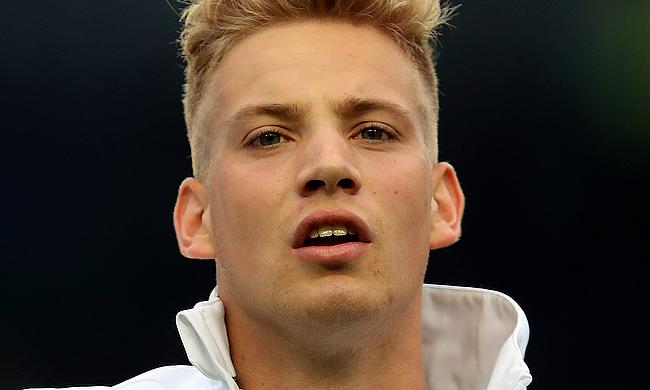 Harry Mallinder's late 77th minute penalty came to Saints' rescue as they managed to secure a closely fought 20-19 win against the Exeter Chiefs at the Franklin's Gardens during the 2016-17 English Premiership clash on Friday.

Jim Mallinder's men ran two tries against one scored by Exeter. However, Gareth Steenson's brilliant kicking skills kept the visitors into the hunt until the last minute of the game.

Wing George North (22) and cente Rory Hutchinson (24) scored tries for the hosts, while wing Olly Woodburn (9) was the lone try scorer for the Chiefs.

Exeter's fly-half Steenson scored four penalties in addition to converting Woodburn's try, while Saints' fly-half Harry successfully converted the two tries along with a couple of penalties to help his side clinch the crucial victory.

The win comes as a shot in the arm for the Saints after director of rugby Jim gave a clarion call to his team to pick up their performance following their 15-20 defeat against Wasps last weekend.

Meanwhile, Northampton lock Courtney Lawes revealed the inspiring talk given by Calum Clark prior to the game motivated the team to do well.

Clark, suffered a shoulder injury during previous season's friendly clash against Wasps in September following which he underwent a surgery and this was his first appearance for the club in almost a year.

"It was great for him, he really inspired us before the game and at half-time. He has an incredible engine and he showed it out there.

"He led the team talk at the start and he had a bit to say at half-time, talking about how much it means to him to play for Northampton again- he is an inspiring guy."

Lawes also was full of praise for Harry, who he believes is becoming an improved player with every game he plays.

"Harry is growing as a player, he is learning from every mistake he makes - unfortunately when you are young you do make a lot of mistakes. He is growing as a character in the team and he is a brilliant player, he did fantastic today with unbelievable composure to get the win at the death.

"We were desperate for that win and I think it really showed out there - we came back twice. We really back ourselves, we know we have been playing in patches and if we can string it together for the full 80 minutes there are not many teams who can live with us. We are just looking to stop these lapses of concentration."